Below is the text of the speech made by Rebecca Long-Bailey, the Labour MP for Salford and Eccles, in the House of Commons on 9 June 2020.

I thank the Secretary of State for advance sight of his statement, and I join him in thanking parents and all those working in education and childcare at this difficult time.​

For weeks, headteachers, education unions, school staff and many parents have warned that the plan to open whole primary schools before the summer was simply impractical while implementing social distancing safely, so I welcome the Secretary of State’s decision to roll back from that today. However, I must state my dismay at the way this has been handled. If the Government had brought together everyone involved in implementing these plans from the outset and really taken on board what they had to say, they would not be in the situation of having to roll back at all. But what is done is done, and now it is imperative that the Government look ahead to what the education system needs over the coming months and years.

Children and young people’s education and wellbeing will have been impacted cruelly by such a prolonged period away from school and their friends, and the situation at home may have been extremely stressful. Indeed, the Children’s Commissioner has said to me today,

“The risk I am most concerned about is that of a generation of children losing over six months of formal education, socialising with friends and structured routine. I’m also concerned about a deepening education disadvantage gap that could leave millions of children without education they need to progress in life.

The Government need to face-up to the scale of damage this is doing to children and scale-up their response. The starting point for this needs to be rapid action to support summer schemes for this summer’’.

Like the commissioner, I believe a crisis in education and children’s attainment and wellbeing could come at us incredibly quickly if we do not step in and mitigate it now.

There needs to be a national plan for education, so will the Secretary of State commit today to bringing together children’s organisations, trade unions, parents associations, health and psychological experts, Ofqual, school leaders and headteachers to develop that plan? Of course, he will say that he has met these groups. However, politely listening to concerns and not acting on most of them is very different from the creation of a formal taskforce where these groups play a key role in setting the principles of a national plan.

In the immediate term, will the Secretary of State consider issuing guidance that all children of compulsory school age should have a one-on-one meeting with a teacher from their school and parents, if appropriate, before the summer holidays start? Alongside that support, will he commit to increasing the resources available for summer schemes to help re-engage children socially and emotionally? On academic support, the Government must support blended learning with more resources and targeted tuition; significantly increase support for disadvantaged children, including considering a greatly enhanced pupil premium; and roll out devices and free access to the internet for all pupils who need them. For those in years 10 and 12 who are worried sick about their exams next year, the Government must work with Ofqual to redesign GCSE and A-level qualifications to reflect the impact that time away from school has had.

Longer term, the plan must cover all possible scenarios, including the possibility of a second wave, not least as Public Health England confirmed on Friday that the R rate was over 1 in some regions. Indeed, the Government have set out that keeping that rate below 1 is critical in stopping the spread of the virus. But the Government ​do not appear to have issued any direction to schools in those regions. So what is the Secretary of State’s safety advice? Should schools pause plans for wider reopening? Do they need to take additional measures, or is it acceptable to simply carry on bringing in additional pupils with an R rate above 1? Today, the Secretary of State infers the latter—that local action does not need to be taken. So I ask him to publish the scientific modelling to support such an assertion and reassure schools in these regions.

Finally, the Government have confirmed that the free school meal voucher scheme will not continue over the summer holidays. With 200,000 more children expected to be living below the poverty line by the end of the year as job losses hit family incomes, this is a deeply callous move by the Government. Will the Secretary of State change his mind today and commit to funding free school meals over the summer holidays? 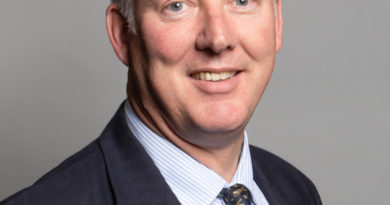