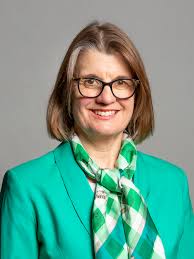 The speech made by Rachel Maclean, the Parliamentary Under-Secretary of State for Transport, in the House of Commons on 14 April 2021.

I congratulate the hon. Member for Putney (Fleur Anderson) on securing this important debate on funding for the restoration of Hammersmith bridge and on her detailed speech this evening. I agree with her on the issues that she highlighted, setting out the devastating impact on the physical and mental health of residents and local businesses on both sides of the river, due to the long-standing catalogue of failures and lack of action by Hammersmith and Fulham Borough Council.

The hon. Lady led a protest that took place on Easter weekend, and I commend her for doing so. I want to acknowledge her passion for getting the bridge reopened.

I will just make some progress.

I assure Members that the Government wish to see the bridge reopen as soon as is safely possible. [Interruption.] I will take interventions, but I need to correct a number of inaccurate statements before I do.

We want to make sure that Londoners can move around the capital easily by public transport, through active travel and on our roads and rivers. Therefore we want Hammersmith bridge to be reopened, despite having no statutory responsibilities for the bridge—particularly because it is wholly owned by the London Borough of Hammersmith and Fulham. The Government have stepped in to try to work collaboratively to find a solution. That is why we established a taskforce in September, led by Baroness Vere, bringing together all the relevant organisations to agree the best way forward and unblock any challenges.

I reiterate that Hammersmith bridge is owned by the London Borough of Hammersmith and Fulham. That means that the responsibility for maintaining the bridge and making decisions on its repairs and funding lies solely with the borough and not the Government. It is a travesty that we have got to a situation where the bridge has to be closed altogether, given that the council could have prevented the serious safety concerns through regular repairs and maintenance.

I would like to ensure that Members in the House and those watching are clear about what funding has been provided by the Government and what action has been taken. Since the structure was closed to vehicles in 2019, and to pedestrians, cyclists and river vessels in 2020, funding for maintenance and repairs has come from a variety of sources. The London Borough of Hammersmith and Fulham is the highway authority for the section of the A306 that runs over the bridge, so it has funded the acoustic monitoring and temperature control systems to the bridge. Those alert the borough to potential changes and allow it to take informed decisions about the safety of the bridge.

I will correct the first inaccuracy that has been stated. As part of the TfL deal on 31 October 2020, the Government ensured that £4 million—much more than a penny—was committed to start immediate mitigation works on Hammersmith Bridge during the 2021 financial year. That has funded the blast cleaning and a visual inspection of the western pedestals, giving the borough a better insight into the condition of the bridge. That is a vital step before any other engineering works can be undertaken. Members and residents need to understand that.

The funding means that risk mitigation works can begin so that the full repair programme is in the best possible position on cost, schedule and technical risk. As well as that, we have made the ferry service a condition of the TfL bridge deal, so that people, prams and bikes can cross the river safely.

I want to address one further inaccuracy. If I have time after that, I will take an intervention.

As with any local infrastructure project, the Government expect the local authority to take the lead in promoting the scheme. We have heard from the leader of the council, who does not believe that the borough has the capital funds available to meet the costs of repairing the bridge. Indeed, on several occasions he has said that his residents are not users of the bridge and should therefore not be liable for the works.

In discussions with the leader of the council and my right hon. Friend the Secretary of State, various options for contributions for funding the project have been discussed. Unfortunately, the council seems to look to the national Government with gold-tinted lenses, not understanding that we cannot and will not hand out a blank cheque for the works. How would that be fair to taxpayers up and down the country and to those who have been responsible, such as the constituency of my hon. Friend the Member for Kensington (Felicity Buchan)? This is what councils all over the country have to do when they are carrying out major infrastructure works.

I am afraid I cannot, because I need to clarify a number of inaccuracies.

It has been reported in the press by the hon. Member for Putney that my right hon. Friend the Secretary of State for Transport has asked the London Borough of Hammersmith and Fulham to contribute 50% of the cost. That option was discussed. All that was requested of the borough was that the leader send a plan for the borough’s funding proposal. So far, the so-called bids that have been sent in amount to nothing more than letters asking for an unsubstantiated amount. It is simply not appropriate to ask for funding from central Government on that basis. The Borough of Hammersmith and Fulham should have taken the time to understand what is required to submit a bid to the Government. We stand ready to help. There is plenty of help available for officials to put these bids together, but that has not been happening.

When evaluating any temporary crossing solution, the complexity of procurement and requirement of various consents must be considered. Given these challenges, the borough and the taskforce determined that a ferry service would provide an immediately available alternative river crossing for pedestrians and cyclists. That has been provided and we are very grateful to the London Borough of Richmond upon Thames for its support.

The closure of the bridge has affected not just those who need to cross it, but those who travel along the river beneath it. The taskforce is an essential first step. Contrary to statements earlier, the taskforce has met regularly. It stands ready to meet any Member who would like to meet my noble Friend Baroness Vere in the other place; she is more than happy to discuss in full the detailed complexities that we cannot possibly air in a 30-minute debate in a political environment such as we have here tonight.

These are serious and complex engineering works. I am afraid that it is completely inaccurate to make the point in this House that there is no action from the Government. I will not stand here and let Opposition Members say that. We have taken on additional responsibilities—well over and above our statutory responsibilities—as Opposition Members know. We have gone out of our way to help.

I am most grateful to the Minister for giving way. We need £4 million towards investigation work and there is a bill of over £140 million for repairs. Where does the Minister think that money is going to come from? She knows that it cannot come from TfL or from the London Borough of Hammersmith and Fulham. Her speech will be greeted with absolute dismay by people across London and beyond who use this major arterial route. The issue is simply not being addressed, after two years. It is a wholly irresponsible position for the Government to take. Where is that £140 million going to come from?

I suggest to the hon. Member that his comments tonight are wholly irresponsible, because they have not reflected the work on the Government side to engage constructively with the London Borough of Hammersmith and Fulham in order to understand its funding position and what it can afford. The borough has not come back on any of the engagements and discussions that we have extended to it regarding realistic sums of money. If it cannot afford that amount of money, it should come back and tell us what it can afford. That is how infrastructure projects up and down the country are conducted. The hon. Member knows that very well.

I am grateful to the Minister for giving way. She referred earlier to fairness to taxpayers. Does she think that this is fair to the taxpayers of Richmond upon Thames, who are the most affected by this bridge closure? Their lives are being ruined, their businesses are closing, they cannot get to school or work, they cannot access medical services, and they have no say over what the London Borough of Hammersmith and Fulham does with its budget, but they understand that £140 million is more than that borough can afford. They are looking to the Government for assistance, and all they ask for is a commitment for the funding. The Minister stands here and talks about all the administrative barriers that are in the way. All we ask for is a commitment.

I thank the hon. Lady for her comments. It is not fair to taxpayers in any part of the country that that London borough should think that, due to its lack of a maintenance programme on this bridge over the years, people from outside the borough should be expected to stump up for its failure and incompetence. No, it is not fair to them.

In summary, as we have heard tonight, the closure of the bridge has affected not just those who need to cross it but those who travel along the river beneath it. The taskforce has enabled an agreement between the Port of London authority and the borough to allow limited and controlled river transits from 12 April when work is not being undertaken on the bridge. That is a very important point. It is welcome news for commercial river users, who can now continue operations as national lockdown restrictions ease.

In a moment. I have given way several times already.

I reassure Members that the Department continues to work closely with all parties involved to reach a funding solution that is fair to national taxpayers. As I have said many times, there are demands on the public purse from all over the country for all kinds of things.

We must ensure that this bridge is reopened as soon as is safely possible. In all genuineness, I encourage the Members on the Opposition Benches to work constructively with the local council to get it to engage with the Government, who are going outside their statutory responsibilities to help to get this bridge reopened so that commuters, people listening tonight, residents on both sides of the Thames, users of the river, emergency services and wider businesses can make use of the crossing and ease pressures on Putney and Chiswick bridges.

We cannot do any more without a detailed funding solution. The buck stops with Hammersmith and Fulham. It needs to present that case to the Government and then we can take action.