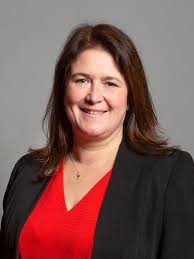 Below is the text of the speech made by Rachel Hopkins, the Labour MP for Luton South, in the House of Commons on 2 June 2020.

I am pleased to be able to speak in this debate, as electoral boundaries have a special place in my heart—not just as a newly elected MP, but as someone whose career prior to being elected to Parliament included a thoroughly enjoyable stint some 20 years ago working for the Local Government Commission for England on periodic electoral reviews of local government boundaries. I am still friends with many of the other boundary geeks who worked there, and it is right that I declare an interest in that some of those friends and colleagues moved on to work more recently for the Boundary Commission for England on parliamentary reviews.

It would be remiss of me not to mention or thank all the hard-working electoral administrators working across our local authorities. Good democracy requires good administration, and it is important to recognise the immense efforts that many of these officers continue to make to ensure that all our constituents are accurately and appropriately registered to vote and that elections are well run and within the law—all against a backdrop of ever diminishing council budgets during the decade of austerity.​

I speak in this debate with some experience of the process of making boundaries and an understanding of the public’s response to both well made and poor boundaries, and as a politician with a keen eye on the outcome of any boundary changes for the length of time I may have to serve in this place. However, I want to focus on the first two points in supporting the reasoned amendment tabled by my hon. Friend the Member for Lancaster and Fleetwood (Cat Smith). First, the legitimacy of our democracy rests on public confidence in the process as much as in the outcome. As part of that, the process of making boundaries must be as transparent as possible so that the public can have as much ownership of the structures of elections as of the outcome. For this reason, I believe that the removal of parliamentary approval from the process is a backward step. Parliamentary scrutiny of any proposals ensures transparency of the process within the public domain and avoids any perceptions, right or wrong, of power grabs by the Executive.

Secondly, I welcome the Minister’s comments about the proposed enumeration date being set at 1 December 2020, but I recognise that the annual canvass for the electoral register this year in late summer or autumn is likely to be significantly impacted by coronavirus. If the electoral register for December 2019 is to be looked at, she might also want to look at the ONS figures, which stated that almost 500,000 people joined the register between 1 December and 12 December, so it will be really important to get accurate data.

My final point is about the variance from the electoral quota. This can have a detrimental impact on the representation of communities and on effective administration, as has already been said. If the number of MPs is fixed and the electoral quota is fixed, the only element of flexibility to support community identity and community connections is the percentage variance from the quota. That can be reflected in whether it is moved further away to 7.5% or 10%, which is something that can be debated. It can also reflect the topography in more rural areas, and it can help to better reflect the community connections in urban areas. The numbers are quite small when we look at them in the round. Finger in the air, if the quota is around 73,000, a 5% variance would give around 3,500 electors. A 7.5% variance would be around 5,500 electors. That is not much of a difference. In fact, people in this Chamber have smaller majorities than that. Maybe that is why they want to stick with the 5%. Some would say “if it ain’t broke, don’t fix it”, but I would suggest that greater flexibility in the quota helps to create better constituencies by providing for better community identity and connections with constituencies, and by ensuring greater public buy-in to any proposals. 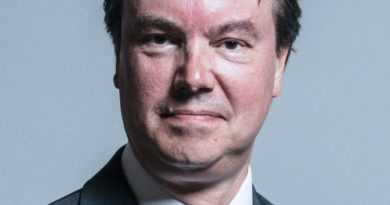