Below is the text of the speech made by Laura Farris, the Conservative MP for Newbury, in the House of Commons on 2 June 2020.

I rise to support the Bill knowing that I may well be a turkey voting for Christmas. I am a new MP, but I am reliably informed by my predecessor that when the boundary commission previously turned its attention to my seat, of its various proposals, none helped. Perhaps that enhances the force of my support for the Bill, because I give it without much to gain.

In the six months I have been a Member of this House, I have thought carefully about what it means to represent and what it means to be represented. Before consideration of this Bill, I had not been fully aware of the extent of the population disparity between the various seats. It is striking how closely the comments of my hon. Friend the Member for West Bromwich West (Shaun Bailey) resemble my own. I did not know that the seat of Ashford, with its 90,000 constituents had more than double the constituents of the Caithness, Sutherland and Easter Ross seat. I acknowledge the sensible remarks made by my hon. Friend the Member for Brecon and Radnorshire (Fay Jones) that there are important geographical considerations, but we cannot avoid the fact that a vote in Caithness has twice the value of a vote in Ashford, and to me that distorts representation. When he wrote “Of true and false democracy”, John Stuart Mill said that in a “really equal democracy” every community is represented in equal proportion. Without this, he added, there are those

“whose fair…share of influence in the representation is withheld from them…contrary to the principle of democracy, which professes equality at its very root”.

For that reason, it seems right to me that we equalise seats based on number and that the margin for variation is deliberately circumscribed.​

My second point relates to the retention of 650 seats, rather than the reduction to 600. All the way through, three issues concerned me. First, I had grave concerns about whether the new super-constituencies could offer the sort of quality of representation that people deserve, just at the time we were losing the Members of the European Parliament. I was glad to see that reflected in the impact assessment prepared on 4 May. Secondly, one thing I knew about my own seat is that the 600 seats proposal lacerated some of our communities, cleaving villages from towns that had deep historical links. I hope—I will make submissions as the Bill proceeds—that we can use the preservation of 650 seats to put that right.

Thirdly, I welcomed the coalition Government’s intention to manage the cost of Parliament, but I felt it was directed at the wrong Chamber. The other Chamber comprises 783 Members and costs the taxpayer less but almost as much as our Chamber. If the Members of this House spoke honestly to their constituents and asked them how many Members of the Upper Chamber they could name, they might find that some could name none at all. I know that some Members of that Chamber are brilliant and bring expertise; I know that some of them serve in the Government and in the shadow Cabinet, and are very active in that Chamber; and I know that the vast majority adhere to the highest standards of professional conduct. But when they fall short—and some do—there is absolutely nothing the public can do, and to me that conflicts with the whole principle of parliamentary democracy.

As Ted Heath once said, those who have been appointed to or inherited seats have done in the main

but I hope that in this Parliament, we will make the move—

Order. I am terribly sorry, but we have to move on to the next speaker.

Ian Blackford – 2020 Speech in Response to the Budget 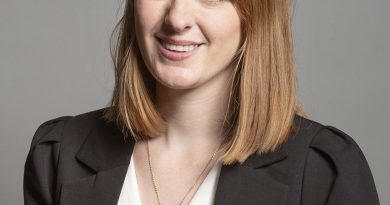 The speech made by Huw Merriman, the Conservative MP for Bexhill and Battle, in the House of Commons on 19