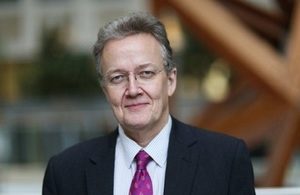 Below is the text of the statement made by Nick Hardwick, the Chairman of the Parole Board, on 16 January 2018.

I believe public bodies should be open to scrutiny and accountable for their decisions.

Public concern about the Worboys case is completely understandable and it is right that the anguish of his victims should be heard.

The Parole Board considers nearly 25,000 cases a year. Almost every one of those cases involves horrible offences with victims’ lives changed forever. There will be victims of offences that did not go to trial or result in a conviction and there will be others indirectly but painfully affected such as family members, witnesses and those who have to deal with the crime. The ripples from serious offences spread very wide.

That is the reality of the Parole Board’s work.

For prisoners like Worboys, once they have served the ‘tariff’ or the punishment part of their sentence set by a judge, they will be referred to the Parole Board by the Secretary of State and the Board must then determine if they are safe to release. The test that Parole Board’s 250 members must apply in deciding whether to release a prisoner is that ‘it is no longer necessary for the protection of the public that they should be detained’; in other words, the burden is on the prisoner to demonstrate they are safe to release, not the panel to demonstrate they are too dangerous to do so.

The law governing the Parole Board’s decisions is quite clear. We have to make decisions about future risk. We cannot re-assess the prisoner’s guilt or innocence or whether the original sentence was appropriate even if we would like to do so. The decision about future risk will be informed both by evidence of how the prisoner has changed and the robustness of plans to manage him or her in the community.

I do not make decisions on individual cases, but I have observed many hearing and am struck by the careful and sensitive way panels make their decisions. Do they always get it right? No. Less than one per cent of those we release commits a serious further offence and each is a terrible incident. But I would not be honest if I pretended risk could be eliminated completely. Parole Board members need to be confident a prisoner will not reoffend – but they cannot be certain. If certainty is required that needs to be reflected in the length of the original sentence.

The Parole Board Rules prohibit the Parole Board from disclosing details of individual cases. I do not think this is right. Justice needs to be seen to be done. If the parole system is closed and secretive we cannot complain if people do not understand it.

I welcome the government’s review of this area and hope it will be radical.

I don’t say this will be easy. Some victims tell us they want to put the offence behind them and fear that opening the system up would put them through the media mill again and expose them to prurient public interest.. So, while looking at all the options we should proceed carefully and make sure we do not do more harm than good.

Although we are prohibited from revealing details of the Worboys case I will say something about the processes followed.

First, I share the concerns that victims say they were not kept informed or consulted about licence conditions.

The law says victims do not have a say in whether a prisoner is released on parole or not – that happens at the original trial when the tariff is set – but they should have an opportunity to ensure the panel understands the impact the offence had on them and have a say in the licence conditions that apply after release. They can make a written statement, attend the start of a hearing to read their statement in person or say nothing at all.

Other than receiving and carefully considering their statements, the Parole Board has no role in contacting or liaising with victims. That is undertaken by the Victim Contact Service, part of the National Probation Service, on behalf of the Secretary of State. The Parole Board sought and received assurance on a number of occasions that victims who wanted to make a victim statement had the opportunity to do so and were informed about the outcome of the hearing.

There are very serious allegations that some victims who should have been kept informed were not and victims and the public deserve to know exactly what happened. There should be an independent investigation by someone outside the Parole Board and Ministry of Justice into this specific issue and I call on the Secretary of State to initiate this.

As for Worboys’ hearing itself, it was a three-member panel chaired by one of our most experienced women members. One of the other members was a parole board psychologist. The panel considered a dossier of 363 pages and heard evidence from four other psychologists, and prison and probations staff responsible for Worboys. The Secretary of State was represented at our request. Worboys himself was questioned in detail. The panel considered a written statement from one victim.

It is particularly concerning that other victims now state they did not have an opportunity to give their views. I know that some victims are frightened. The licence conditions are very detailed but can be varied. The probation service must now ensure that even at this stage victims have an opportunity to have any concerns about licence conditions considered and should apply to the Parole Board for licence variations where this is appropriate.

Finally, let me say this. The Parole Board is in effect a court. We should be open to legal challenge but I hope when people think about it, they will agree it is right we resist political interference in our decisions. Like any court, the Parole Board members must make independent decisions in accordance with the law and on the basis of evidence. It would be a bad day for us all if people’s rightful abhorrence of Worboys’ crimes or even justified concern about a Parole Board decision allowed these basic principles of justice to be overturned.

Gavin Williamson – 2021 Comments on the New Institute of Teaching