Below is the text of the speech made by Nick Clegg, the Deputy Prime Minister, at Bishop Challoner Catholic School in London on 25th February 2014.

University isn’t for everyone. Sometimes vocational training is better – an apprenticeship or a course other than a degree.

But it is important that, if you aren’t considering university, it’s for the right reasons.

I want to make sure not a single one of you is being put off a degree because you think it’s something you can’t afford.

I’m sure you know that, a few years ago, government took the decision to allow universities to raise their fees.

There was a fair amount of anger about that.

The previous government had introduced fees, increased them and then commissioned a review into raising them again.

But what matters to me now is that you know you can still afford to go to university – and that you don’t let the myths that have emerged crowd out the facts.

I made absolutely sure that it wouldn’t turn a degree into a luxury for the very rich.

I made sure that no student pays a penny up front – you don’t pay anything back until you leave university, get a job and you’re earning at least £21,000.

I made sure that your repayments depend on your salary – so, if you earn less, you pay back less every month.

I made sure that, if you don’t earn enough to pay it back, eventually the money you owe is written off.

I made sure it’s actually easier than before for disadvantaged young people to get a degree by increasing the grants and support that’s available and by forcing universities to open up their doors and attract more students from lower income homes.

I understand why, when I said these things at the time, people were sceptical. That certainly wasn’t helped by some of the wild predictions being thrown around: student numbers would plummet; university places would need to be slashed; for thousands of Britain’s young people a university degree would become a thing of the past.

But not only have these predictions failed to materialise – the exact opposite has happened.

We now have the highest application rates ever.

More young men and women are going full-time to university than ever before.

A higher proportion of students from poorer backgrounds are going than ever before – 18-year-olds from disadvantaged homes are actually 70% more likely to enter higher education than they were 10 years ago.

Entry rates for students from nearly every ethnic minority are at their highest level ever.

So to all of you, to each and every one of you: if a degree is what you want, you can still have it – you’ve just got to work hard. We’ve even removed the arbitrary cap on the number of university places available so as many people who want to go, can.

To the mums and dads in the room: if you’ve always hoped to one day see that framed graduation photo of your son or daughter on your mantelpiece – you can still have it.

Whatever you heard in the past, don’t let it lower your sights for the future.

University may not be for everyone, but it is open to everyone.

Getting a degree depends on ability, not ability to pay.

The highest ever application rates. More people doing full-time courses than ever before. A higher proportion of young men and women from disadvantaged backgrounds going. Higher grants to help the poorest students. No one paying back a penny until they’re earning a decent wage. And, if they can’t afford it, no one paying a penny back at all.

Forget the myths; be led by the facts, and make the right decision for you. 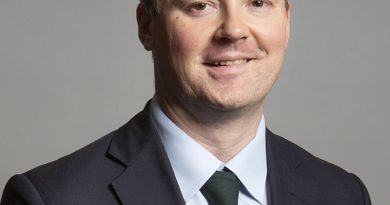