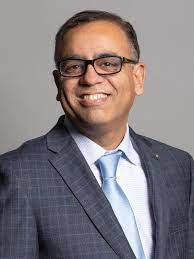 The speech made by Mohammad Yasin, the Labour MP for Bedford, in the House of Commons on 14 June 2022.

Passport delays are causing immense stress to my constituents. This problem was predictable, but the Government completely failed to plan properly for the surge in applications when borders reopened. The Prime Minister will not admit that there is a problem and cannot even say how long it is taking for passports to be processed. It seems to be an unlucky dip of four, six or 10 weeks, but far too many of my constituents are waiting even longer than that.

A mother wrote to me a month ago to ask for my help on her son’s passport after receiving no response from the Passport Office. After weeks of chasing the new passport, she was advised that HMPO had lost her documents and that they would need to apply and pay for a lost passport and start the process again. After more weeks of waiting, my constituent chased the Passport Office again only to discover that it had entered the wrong details on the system. My constituent was exasperated when the call handler thought it was funny—the date of birth that they had entered would have made my constituent 600 years old. The HMPO advised that it would fast-track the application, but that did not happen.

My team had to travel to Parliament to raise a number of cases with action teams in Portcullis House, but the flaw in that system—other than the inconvenience and expense of my caseworkers having to travel to Parliament to escalate cases—is that the MP engagement team do not appear to have a full overview of all actions that have been taken on a case, including any notes added by the Portcullis House team. That means that caseworkers are unable to follow up on any action that the Portcullis House team has committed to without travelling to London again. I hope the Minister will look at fixing that. Despite the best efforts of my team, my constituent had to cancel the flights that she had booked to pick up a family member’s ashes and was absolutely devastated to miss the memorial service. She finally received her son’s passport on 7 June—nearly 13 weeks after the application. My constituents should not have to deal with the stress and incompetence of a service for which they pay the Government a lot of money.

Missing significant family occasions during the pandemic was tragic but understandable. It really is disgraceful that it is still happening because of a failed passport system. The Government are desperate to point the finger at civil servants. The Passport Office has not covered itself in glory, but there is much more going on here. The Government want us to believe that a hitherto hard-working group of individuals have suddenly and for no apparent reason decided to stop doing their jobs properly. Nothing seems to be working under this Government, whether it is getting a GP appointment, a visa, access to courts, a dental appointment, or a driving licence. Nothing is working properly. If the public are sick of the appalling delays and errors with HMPO, the Driver and Vehicle Licensing Agency is now just waiting for the Prime Minister to cut its staff by a reported 90,000.

The common denominator in all these failings is this Government’s mismanagement, underachievement and incompetence. I have no confidence that any of this will be sorted out before the summer holiday rush starts. This is where the impact of this Government’s policies will be revealed for all to see, as there will be chaotic delays, queues and frustrations at passport control and customs. The Government should sort it out now.