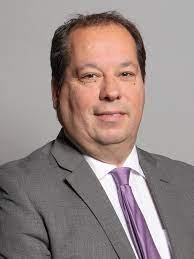 The speech made by Gerald Jones, the Labour MP for Merthyr Tydfil and Rhymney, in the House of Commons on 14 June 2022.

I rise to support today’s motion on the Order Paper. As we have heard, the delays at the Passport Office have caused huge anxiety and stress for many of my constituents and many others around the country. There is no doubt that the Home Office under this Government is, or at least it should be, in special measures. The shambolic way in which the Government have handled the situation is symbolic of their messy approach and sums up what my hon. Friend the shadow Minister rightly calls “backlog Britain”.

It is appalling that at a time when the cost of living crisis is hitting the country hard, Home Office incompetence is forcing British families to pay for fast-track passport services or face losing hundreds of pounds due to cancelled holidays. The Home Office was warned that a surge in passport applications was likely as early as November last year, but it completely failed to do the forward planning needed to prevent the chaos that we have seen over the past few months. Now the Home Office is paying millions of pounds for failing outsourced contracts across the Passport Office, including a courier service that loses hundreds of passports every year. The Government also estimated that 1,700 staff would be needed, but is it not the case that only 1,000 new recruits have been confirmed?

The Home Office’s incompetence is preventing families from going on long-awaited holidays and hard-earned breaks, preventing loved ones from being reunited, and preventing people from attending weddings and funerals. British families deserve so much better.

My hon. Friend is making an excellent speech. Over the past six weeks 26 families have contacted my office, in various states of stress and utter frustration with the Home Office. One family have been waiting 14 weeks for a passport for a family member to visit a terminally ill relative. To me, that sums up the problem. As my hon. Friend is explaining so perfectly, it is the result of a lack of planning and strategy at the Home Office. They really need to apply themselves.

I completely agree, and I will shortly illustrate my hon. Friend’s point with cases from my own constituency.

As we know, the target for passport processing has been increased to 10 weeks, up from three weeks pre-pandemic. However, even this increased target has repeatedly been missed. In the first three months of this year alone, over 35,000 people had to wait longer than 10 weeks for their passport to be issued, despite the Prime Minister’s claim that everybody is getting their passport within six weeks.

The number of monthly fast-track applications has more than doubled since December 2021. In April 2022, British families spent at least £5.4 million on fast-track services. The Passport Office’s own forecasts show that it expects to receive over 240,000 fast-track applications between May and October this year, amounting to up to £34 million. Is this a cash cow for the Home Office?

My constituency team are currently dealing with around 70 cases, and the chaos is causing them undue anxiety. Many applications are outstanding for more than the 10-week period. My constituents are unable to speak to a decision maker, and when they contact the helpline the information is often wrong or out of date. There is a general lack of communication regarding applications, and often the online tracker is not updated. Hard copies of documents routinely go missing from passport offices and constituents are asked to send documents to various passport centres. Applications have been cancelled, supposedly for lack of documents, despite evidence that documents have been lost at passport offices.

There are reports that applicants are being asked to pay for an upgrade, despite now being eligible for one after their application has been logged for six weeks. MP account managers are unable to make decisions on cases; they can only view information on a screen. Requests for call-backs from decision makers are hardly ever followed up. Constituents have been told to collect their passport at offices many hundreds of miles away from south Wales—I know of similar situations elsewhere across the country. Passports could be printed at any passport office, regardless of where the application was initially dealt with, so that needs to be followed up by Ministers.

All of this is having an impact on constituents and creating huge anxiety and stress. I will give a few local examples. A family were forced to cancel their holiday to Disneyland Paris, losing several hundred pounds and devastating their seven-year-old daughter. It is not just holidays that are affected, important as they are for wellbeing after the difficult past two years. Another constituent is travelling for work at the end of the month but also requires a passport as proof of identity. They do not hold any other photo ID and need the document in order to pay a tax bill to Her Majesty’s Revenue and Customs. Every day’s delay adds interest to their bill.

As part of one constituent’s first passport application, a copy of her mother’s birth certificate was requested. This was posted but not matched to her application in time, so the application was cancelled. My constituent has been told to make a new application, with another fee. We have written to UKVI to complain and ask for the original application to be reinstated.

I know that these examples are repeated across the country, which is why the Government must accept full responsibility for this shambles and commit to come to the House as soon as possible to provide answers on what exactly they are going to do to end the misery that many of my constituents, and thousands more across the country, are experiencing. If they cannot sort it out, they should get out of the way and let a Labour Government work to sort out not just this mess, but the many others that they have created.

Theresa May – 2019 Statement on the British Normandy Memorial