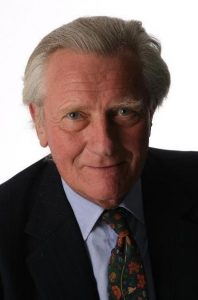 Below is the text of the statement made by Michael Heseltine, the then Secretary of State for Defence, in the House of Commons on 9 December 1985.

With permission, Mr. Speaker, I should like to make a statement on British participation in the United States strategic defence initiative research programme.

The Government’s policy towards the strategic defence initiative remains firmly based on the four points agreed between the Prime Minister and President Reagan at Camp David in December 1984: that the Western aim is not to achieve superiority but to maintain balance taking account of Soviet developments; that SDI-related deployment would, in view of treaty obligations, have to be a matter for negotiation; that the aim is to enhance, and not to undermine, deterrence; and that East-West negotiation should aim to achieve security with reduced levels of offensive weapons on both sides.

It was in that context that, at Camp David, the Prime Minister told President Reagan of her firm conviction that the SDI research programme should go ahead as a prudent hedge against Soviet activities in the same field.

Earlier this year, the United States invited her NATO and certain other allies to participate in the SDI research programme. Following that invitation, we have engaged in detailed discussions with the United States Government on the nature and scope of the research which could sensibly be undertaken by United Kingdom firms and institutions.

Those complex discussions have now been completed and agreement has been reached on an information exchange programme, on the areas where British companies and institutions have expertise which might form part of the United States-funded SDI research programme, and on the mechanisms to facilitate that cooperation.

The confidential memorandum of understanding reached between the two Governments safeguards British interests in relation to the ownership of intellectual property rights and technology transfer, and provides for consultative and review mechanisms in support of the aims of the memorandum.

The SDI research programme goes to the heart of the future defence technologies. Participation will enhance our ability to sustain an effective British research capability in areas of high technology relevant to both defence and civil programmes.

Now that agreement has been reached on the memorandum, British companies, universities and research institutions have the opportunity to compete on a clearly defined basis for the research contracts which are on offer from the United State Government, as well as to participate in an information exchange programme on a fully reciprocal basis for the mutual benefit of the United Kingdom and the United States.

This agreement opens for Britain research possibilities which we could not afford on our own in technologies that ​ will be at the centre of tomorrow’s world. It will bring jobs that would otherwise be created abroad, and I commend it to the House.