Below is the text of the statement made by Matt Hancock, the Secretary of State for Digital, Media, Culture and Sport, in the House of Commons on 19 March 2018.

The revelation this weekend of a serious alleged privacy breach involving Facebook data is clearly very worrying. It is reported that a whistleblower told The Observer newspaper that Cambridge Analytica exploited the Facebook data of over 50 million people globally.

In our increasingly digital world, it is essential that people can have confidence that their personal data will be protected. The Information Commissioner, as the data regulator, is already investigating as part of a broader investigation into the use of personal data during political campaigns. The investigation is considering how political parties and campaigns, data analytics companies and social media platforms in the UK have used people’s personal information to micro-target voters. As part of the investigation, the commissioner is looking at whether Facebook data was acquired and used illegally. She has already issued 12 information notices to a range of organisations, using powers under the Data Protection Act 1998. It is imperative that when an organisation receives an information notice, it must comply in full. We expect all organisations involved to co-operate with this investigation in whatever way the Information Commissioner sees fit. I am sure that the House will understand that there is only so far I can go in discussing specific details of specific cases.

The appropriate use of data is important for good campaigning. Canvassing someone’s voting intention is as old as democracy itself. Indeed, we do it in the House every day. But it is important that the public are comfortable with how information is gathered, used and shared in modern political campaigns, and it is important that the Information Commissioner has the enforcement powers she needs. The Data Protection Bill, currently in Committee, will strengthen legislation around data protection and give her tougher powers to ensure that organisations comply. The Bill gives her the powers to levy significant fines for malpractice, of up to 4% of global turnover, on organisations that block the investigations by the Information Commissioner’s Office. It will enhance control, transparency and security of data for people and businesses across the country.

Because of the lessons learned in this investigation and the difficulties the Information Commissioner has had in getting appropriate engagement from the organisations involved, she has recently requested yet stronger enforcement powers. The power of compulsory audit is already in the Bill, and she has proposed additional criminal sanctions. She has also made the case that it has become clear that, in order to deal with complex investigations such as these, the power to compel testimony from individuals is now needed. We are considering those new proposals, and I have no doubt that the House will consider that as the Bill passes through the House.​

Data, properly used, has massive value, and social media are a good thing, so we must not leap to the wrong conclusions and shut down all access. We need rules to ensure transparency, clarity and fairness, and that is what the Data Protection Bill will provide. After all, strong data protection laws give citizens confidence, and that is good for everyone. 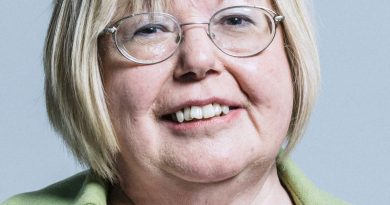