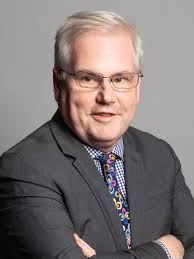 The speech made by Mark Tami, the Labour MP for Alyn and Deeside, in the House of Commons on 12 July 2022.

I should say that I am a member of the Sponsor Body—until we abolish it, that is. I believe it has carried out the task that it was set. The fact that certain individuals do not like the recommendation for a full decant is not the fault of the Sponsor Body. If the House wants to change the remit or scope of the project, that is fine, but let us not blame the Sponsor Body. Let us at least have the good grace to be honest about that, and let us not make up stories such as “Restoral and renewal was responsible for the change of Speaker”, because that simply is not true: it had absolutely nothing to do with R&R.

As a number of Members have pointed out, we should not forget why we chose the structure that we did choose, learning from the Olympics and recognising that this place would change. In the event of a project which, however it is carried out, will continue for many years, Members will change, Governments will change and there will be different views, but what we recognised at the time was that that should not be allowed to undermine this project—which is exactly what has happened. The project has been derailed by a constant stream of new asks, all with one aim: to delay. We have heard suggestions that the House of Lords should move to York, or, more recently, to Wolverhampton, Stoke, Burnley, Edinburgh, Sunderland or Plymouth. I am sure that they are all fine places, but those suggestions were not realistic.

More time was wasted by the suggestion that we should not decant at all. I challenge any Member to come up with any report or any figures that suggest that it is cheaper to stay here than to move out. We need to be honest about that. Then we had the Richmond House debacle. Those who were opposed to a decant seized on Richmond House: they became great defenders of it, which, surprisingly, very few of them had seemed to be previously. Why was that? Because they saw Richmond House as a convenient vehicle for more dither and delay.

So what is the plan now? It is to get rid of the Sponsor Body and bring the function in-house, creating some new department and some hotchpotch of a new governance structure.

In all honesty, we are being asked to rubber-stamp a decision that has already been made. That is the reality of the situation. Parliament decided something, but that does not matter because behind closed doors, the two Commissions have decided to do something completely different. That is the reality of the situation. We can dress it up as much as we like but that is effectively what has happened.

As a number of Members have mentioned, we do not have a great record on doing things internally. I know that the cast iron roofs are always wheeled out as a great example, but the Elizabeth Tower has been mentioned, and Derby Gate is another project that went massively over cost and time. One of my favourites—not one of the biggest projects—was the Cromwell Green security entrance, which I think was condemned after 10 years because of leaks, with water pouring through when it is raining. So we have to be honest: we are not very good at doing this. We do not have the experience or the expertise to manage such projects. I am not blaming the people in-house; it is not their fault, but we sometimes set them tasks that they are unable to do because they do not have that expertise. That is why we drew up the model that we did, but if we go down the road that we are going down, we are going to repeat those mistakes.

One thing I will challenge, which I have heard being put about, is that one of the failings of the Sponsor Body was that it did not consult Members. Actually, there have been loads of consultations and loads of individual consultations. I have had the pleasure, or misfortune, of chairing numerous meetings where one, two or three people—and sometimes no people—would turn up. Maybe that was me; maybe it was just the fact that I was chairing them and nobody wanted to go. But this is the nature of politicians. We moan and groan about people not consulting us, but we do not take up the consultation when it is available. So I think that is a really unfair criticism of the Sponsor Body, because a lot of people worked extremely hard to make sure that Members had the opportunity to express their views.

Just to link that to the hon. Member’s earlier point, does he think there is much point in consulting all the Members when the House of Commons Commissioners are going to make a decision anyway that might be totally different from what Members have said?

That is a very fair point. As I said, the decision has effectively been made.

Let us be honest: it is not about the cost; it is not about the time it will take; and it is certainly not about the people who actually work in here. So what is it about? It is about people who want to stay in here, come what may, with some fantasy vision that we can somehow live in a little bubble in here, that we can stay put, come what may, while everyone works around us, and that we can come up with some costings and then say, “We don’t like that costing so we are going to halve it or quarter it”, and somehow the project can be done for that amount. We are ignoring the reality, and just because the Sponsor Body gave us that reality, we do not like it. The Leader of the House does not like it, so he says we are going to come up with something else and do it on a cheaper basis. It is as if we did not look at these things seven years ago. But this is where we are. As I said, I do not really know why we are having this debate, because the decision was made behind closed doors some time ago. That is a very sad state of affairs, and the House will rue this decision. 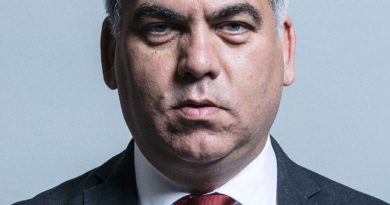