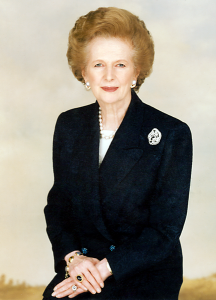 Below is the text of the statement made by Margaret Thatcher, the then Prime Minister, in the House of Commons on 3 June 1985.

With permission, Mr. Speaker, I shall make a statement about the events at the European Cup Final in Brussels last week and the measures which have been put in hand in this country to deal with football violence.

Last Wednesday, television viewers throughout Britain and the world witnessed the appalling scenes of violence at the European Cup Final in Brussels, which resulted in 38 deaths and a much larger number of injuries; 27 people are still in hospital. I know that the whole House will share the nation’s profound sympathy for the bereaved and injured, and the sense of outrage and shame at the behaviour of some of our citizens which led to the tragedy. The House will also wish to associate itself with the message of sorrow and condolence sent by Her Majesty the Queen to President Pertini of Italy and King Baudouin of Belgium. I have sent similar messages on behalf of the Government to Signor Craxi, Mr. Martens and President Mitterrand. The immediate contribution that we have announced of £250,000 for the families of the victims is an expression of our deep sympathy and support for those involved.

The Belgian authorities and UEFA are conducting formal inquiries into the arrangements for the match and into the disaster. They will no doubt report on the extent to which the internationally agreed guidelines and precautions for spectator safety were followed. We cannot prejudge the outcome of those inquiries, but we must recognise that there has been a terrible record of violence at European football matches in which, I regret to say, English supporters have played a large part over many years.

In those circumstances, the Government welcomed the initial decision of the Football Association to withdraw English clubs from participation in European competitions next season, and we fully understand the subsequent decision of UEFA to ban English clubs from European competition for an indefinite period, and we believe it to be right. This withdrawal gives English football authorities the opportunity to introduce effective measures to combat violence and to convince other countries that they have done so.

Last week, I was able to have discussions with several people, including the chairman and secretary of the Football Association, who returned immediately from Mexico after receiving news of the tragedy, the chairman of Liverpool football club, my hon. Friend the Parliamentary Under-Secretary of State for Employment, who happened to be present at the match and was an eyewitness to the events, and a number of football correspondents, who were also present at this and similar occasions in the past.

The following measures will be taken, or are already in hand, to put our own house in order.

First, we shall introduce as soon as possible legislation similar to that contained in the Criminal Justice (Scotland) Act 1980. That Act makes it an offence to be drunk or to possess alcohol on football coaches, on entry to grounds and in most areas of grounds. It also makes it an offence to be in possession of containers that could be used as missiles. Subject to discussions through the usual ​ channels, it is our intention to have this legislation on the statute book by the summer recess, in time for the coming football season.

Second, we shall proceed next Session with the legislation envisaged in the Government’s White Paper on the review of public order. The proposals on assemblies in the open air will considerably strengthen the powers available to the police to guard: against the risk of disorder. Wherever they have reason to expect disorder at a football match, the police will, in effect, be able to limit the gate and impose other conditions. Under this provision, the police should be able to stipulate whatever steps they judge necessary to minimise the risk of disorder.

Third, Mr. Justice Popplewell will continue with his inquiry into the events at Bradford City and Birmingham football grounds on 11 May. His terms of reference are already wide enough to allow any lessons learnt from Brussels to be taken into account. I understand that Mr. Justice Poppelwell hopes to submit an interim report before the beginning of next season.

Fourth, my right hon. and learned Friend the Home Secretary has set in hand the procedure for designating under the Safety of Sports Grounds Act 1975 all clubs in the third and fourth divisions. We have, in addition, agreed with the football authorities on a number of measures, including acceleration of the introduction of closed-circuit television, with the help of the Football Trust. I have been informed today that the trust is proposing to allocate £500,000 for this purpose as a first step. That would give cover in more than 30 grounds, in addition to the 11 at which experiments are already taking place.

Events at Brussels last week have, however, made it clear that more is now needed. I shall be discussing urgently with the football authorities proposals for the introduction of a practical scheme of membership schemes, either on a club or national basis, proposals for far more all-ticket matches and stricter controls or, in some cases, a ban on visiting spectators.

I recognise that such measures would mean a radical change in the way in which football is conducted in this country, but radical change is needed if football is to survive as a spectator sport and if English clubs are once more to be acceptable abroad.

Fifth, in parallel with our own action, we shall continue to co-operate in developing international measures to deal with hooliganism. Next week, my hon. Friend the Minister with responsibility for sport will be attending a meeting of European Ministers for that purpose.

In the meantime, we are anxious to give the Brussels authorities every possible assistance in bringing to justice and dealing appropriately with people from this country who have committed offences in connection with last Wednesday’s match. My right hon. and learned Friend the Home Secretary has sent a message to the Belgian Minister of the Interior offering the assistance and co-operation of British police forces. The Merseyside police and the Metropolitan police are examining television film closely to see whether they can identify those responsible for last Wednesday’s violence.

We also want to do everything within our power to remove any possible difficulty in the way of any charges that the Belgian authorities may decide to bring. Arrangements already exist between the United Kingdom and Belgium for the extradition of those accused of serious offences of violence such as murder, manslaughter, ​ wounding or serious assault. If the Belgian authorities were to seek the extradition of someone accused of such an offence, we should naturally give them every assistance to meet our requirements on evidence.

One disincentive for the Belgian authorities may be that it is less trouble simply to expel Britons who may have committed offences rather than to prosecute and sentence them appropriately. We intend to offer the Belgians the opportunity, in accordance with the Repatriation of Prisoners Act, of removal to prison in this country of anyone who may be given a prison sentence in Belgium.

I hope that last Wednesday’s sickening events will unite all decent people in helping to eradicate hooliganism. To curb violence requires effort and commitment from us all. If English clubs are to play football in Europe again, they can do so only when their good name, and that of their followers and supporters, has been restored.