The speech made by Margaret Hodge, the Labour MP for Barking, on 28 January 2021.

I congratulate the right hon. Member for Preseli Pembrokeshire (Stephen Crabb) on his very good contribution. It seems incomprehensible that so many people were complicit by their action or inaction in the uniquely horrific extermination of 6 million Jews, yet the holocaust is not an isolated genocide. Today, Uyghurs and Rohingyas are living through the nightmare of persecution, segregation, imprisonment and murder. Only by acting together, confronting prejudice and hate and being the light in the darkness can we conquer this evil.

I recently read my grandfather’s diaries, written when he escaped to Britain from Austria. Old and ill, he was interned in Huyton because he was deemed an enemy alien. His diaries reveal the trauma, the constant worry about relatives and the challenges faced by refugees. An eternal optimist, his diaries also describe the talent imprisoned with him—musicians, artists and academics—and that made me realise how many brilliant philosophers, musicians and scientists were lost because they were murdered by the Nazis.

As holocaust survivors inevitably die, it falls to us to keep the knowledge of what happened alive. My grandmother’s letter, written nine days before she was killed, in which she says twice, “Don’t forget me completely”, sealed my determination to fight racism and antisemitism wherever and whenever I meet it.

When I was first an MP, I was a Labour MP who happened to be Jewish, but when antisemitism moved to the mainstream of my party, I became a Jewish Labour MP—my identity interwoven with my work. The last five years have been difficult, long and lonely. I did enjoy support from the brave activists in the Jewish Labour Movement and from those colleagues who did call out antisemitism, and I will never forget the friendship and support between the four Jewish Labour women: Louise Ellman, Ruth Smeeth, Luciana Berger and myself. It was the women who stood together, worked together and simply would not give up. The tragedy is that they are no longer MPs. I salute their brave contribution, and I miss them.

A year has made a huge difference. By his actions, our party’s new leader is demonstrating zero tolerance of Jew hate, not just suspending and expelling individuals but transforming our culture and re-establishing trust with the Jewish community, who were hurt and genuinely frightened. As a party, we are finally focused on eliminating antisemitism, responding to the shameful findings of the Equality and Human Rights Commission report and restoring our core values.

The history of the Jews and our knowledge of present day genocides tells us that if we ignore prejudice and hate, it can deepen and destroy. I came into politics to fight racism, so I will always do all I can to nurture the light and conquer the darkness.

Shirley Summerskill – 1978 Speech on the Taxi Trade in London 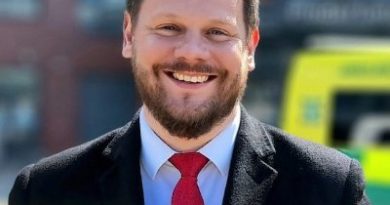 Simon Lightwood – 2022 Comments on Selection as Labour Candidate for Wakefield