The maiden speech made by Liz Truss, the Conservative MP for South West Norfolk, in the House of Commons on 8 June 2022.

I am very grateful to be called in today’s economy debate, as I believe that addressing the deficit and powering economic growth are the two most important things that this Government can do. I believe that South West Norfolk, and Norfolk as a whole, have a lot to offer in helping us to achieve those objectives.

The people of South West Norfolk are not afraid of hard work. Indeed, we are a forward-looking and self-reliant county. We are part of the east of England, which is one of the three regions in the country that puts more in the tax pot than it takes out of it. To carry on being a net contributor, however, we need to make sure that we have the necessary infrastructure and skills in our county, and that is what I am going to talk about today.

My predecessor, Christopher Fraser, worked hard on those issues—to secure further funding for the A11 and to protect Swaffham community hospital. He spoke out frequently on the issue of flood defences, which are important for members of our community, some of whom can use their road for only 200-odd days in the year because at other times it is closed due to flooding.

South West Norfolk is famous for some strong characters. Thomas Paine was born in Thetford—a man who started off revolutions on two continents. Boudicca was reputed to have had her base in Thetford as well. She led an uprising against the Romans. Sadly, when she left the county of Norfolk and moved on she was strategically outmanoeuvred at the battle of Watling street. That is not a fault that afflicted one of my other predecessors Gillian Shephard, now Baroness Shephard, who successfully steered many reforms through this House as a Minister for Agriculture and as Secretary of State for Education and Employment.

Agriculture is a huge part of the economy in South West Norfolk. We have the world’s biggest sugar factory in Wissington; we also have some amazing arable production and pig production, and we are still enjoying the bounty of the asparagus crop. I have just been enjoying asparagus in the Tea Room and I hope that it was Norfolk asparagus. If it was not, I will certainly be working to make sure that it is in future. Agriculture faces problems, not least the Rural Payments Agency, which I want to work to reform, particularly the mapping exercise, which has caused many farmers in South West Norfolk utter consternation.

We have two other key market towns in South West Norfolk—Swaffham and Downham Market. I do not know whether hon. Members have heard of the pedlar of Swaffham. He came to London to look for treasure, but he found out that the treasure was in Swaffham all along. I can tell the House that there is much more treasure to be unearthed in Swaffham—its tourism industry and its energy industry. Downham Market is another fine town that used to boast orchards. It is still a centre for agriculture, and now has a number of commuters living in the constituency, who travel to Cambridge, Kings Lynn and London. I shall be wanting to make their lives easier by seeking improvements to that train line.

The constituency stretches from the fens to the brecks and right down to the Suffolk border. In all those areas various business are tucked away. We have innovative businesses producing fuel from cooking oil, high-tech lasers and airport scanning equipment. It is amazing the things one finds. All those businesses tell me the same thing. They are frustrated with dealing with too many Government agencies, a plethora of initiatives, and too much red tape. They also want action on the creaking infrastructure in Norfolk and say that we need more specialist skills. That is why, together with my Norfolk colleagues, I shall be fighting for dualling of the A11 from the fiveways roundabout to Thetford.

I notice that my right hon. Friend the Chancellor mentioned earlier that he wanted to put money where there was a high-level economic return. I can tell the Minister that there is a benefit-cost ratio of 19 for this project, so it is of high value. It will unlock more growth in Norfolk. We also want to see a successful conclusion to the train franchise agreements, and of course broadband rolled out across the county.

The other thing that I will be pushing for is an overhaul of our qualifications system. Like everywhere else in the country, the economy of South West Norfolk has changed. With increased automation, we now have more highly skilled jobs. A typical farm now employs an eighth of the employees that it did 40 years ago, but those employees are in highly technically skilled and business management roles. We need to ensure that we educate people for those jobs. That is why I want to look to our great universities to lead on academic qualifications. I have previously called for maths and science to move from geek to chic. Never has this been more important, and I will be pressing for that.

I also want to see employers lead in on-the-job skills, because people get a passion for work and a sense of craftsmanship from watching someone who cares about it doing the job. I will be fighting for that to make sure that those people, not bureaucrats, are in charge of setting our qualifications.

Thank you so much for giving me the opportunity to make my maiden speech today. I am truly grateful. I know that we have the right policies and that the will is there among those on our Front Bench. We can make not just Norfolk a powerhouse but the whole of Britain a powerhouse for the future of our economy 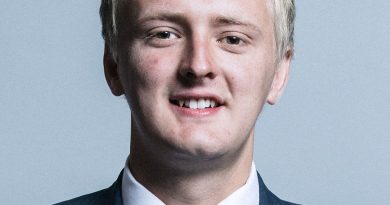