The statement made by Lindsay Hoyle, the Speaker of the House of Commons, in the House on 21 April 2022.

Before we begin, I believe it would assist the House if I remind Members of the decision in question and the procedure on this motion. The decision before the House is whether or not to refer the matter to the Committee of Privileges at this time. It will be for the Committee to report back on whether it considers there has been a contempt. While it is perfectly in order for hon. Members to question the veracity of the Prime Minister’s responses to the House cited in the motion, it is not in order to challenge more generally the truthfulness of the Prime Minister or any other hon. or right hon. Member. Good temper and moderation must be maintained in parliamentary language.

Much of what might be said today has already been said in response to the Prime Minister’s statement on Tuesday. Previous debates on such motions have been relatively short. Since 2010, the longest such debate has been for one hour and 29 minutes, and debates have been as short as seven minutes. That said, an amendment has been selected and the motion is of great importance. The debate may continue for as long as it takes unless either there is a successful closure motion to bring the debate to an end or we reach 5 o’clock, in which case the debate will be adjourned to a future day. I would also say that if the debate becomes very repetitive, we may have to consider whether to do closure earlier, but I will leave that to how the debate develops. Any Members who wish to speak need to stand to ensure that they catch my eye at the beginning of the debate.

The right hon. and learned Member for Holborn and St Pancras (Keir Starmer) has tabled a motion for debate on the matter of privilege, which I have agreed should take precedence today. I inform the House that although I have selected the amendment in the name of the Minister for the Cabinet Office, I understand that it is now the Government’s intention not to move it. I call Keir Starmer to move the motion. 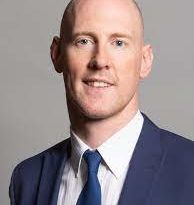