The statement made by Lindsay Hoyle, the Speaker of the House of Commons, on 14 June 2021.

Before I call the Health Secretary to make his statement, I want to repeat the point I made earlier. It is entirely unacceptable that the Government did not make today’s announcement to the House first. It was disrespectful to the House and to our constituents. The Government clearly planned that the media would be told information today not far from this Chamber, and that this House would have to wait until tomorrow. I want to say very clearly to the Government that this is not how this House should be treated.

The Government’s own ministerial code says:

The Prime Minister polices the ministerial code. He wrote the foreword to it. He must now lead from the top and follow the guidance in it. The House can be assured that I will be pursuing this matter with him.

I do not find it acceptable at all. Members of this House are elected to serve their constituents here, not via Sky or the BBC. Questions should be answered here. The Prime Minister should be here. I am sorry if his dinner would have been affected. I was told that he would be in Brussels—I think the nearest Brussels tonight were the sprouts in the dinner being served. I say now, Prime Minister, you are on my watch, and I want you to treat this House correctly.

I now call the unfortunate person who has had to pick up the pieces, the Secretary of State, Matt Hancock, to make the statement. 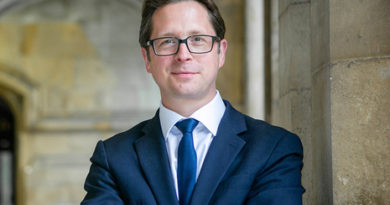