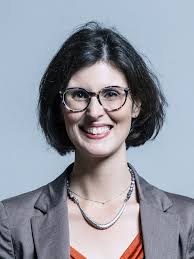 The speech made by Layla Moran, the Liberal Democrat MP for Oxford West and Abingdon, in the House of Commons on 27 June 2022.

I have to say that there are elements of this debate that feel a bit like a bad sequel. We thought that the Brexit debates were behind us, but instead we see a Government intent on reopening old wounds to save their own political skin, rather than looking forward and solving the issues facing the country now. People are in crisis here and now. The cost of living crisis is real, but what is the Government’s response? Rather than spending time focusing on that, they are reneging on an international agreement and risking plunging us into a trade war with our biggest trading partner. As a result, the Bill will only increase blocks and barriers against imports and exports, and that in turn will cause prices to rise even further. That is the last thing that farmers, fishermen and families up and down the country want.

Businesses in Northern Ireland do not want it, either. The UK Trade and Business Commission, of which I am a member, has taken evidence from people and businesses in Northern Ireland over the last year. One leading service provider told us that unfettered access to both the UK and the EU single market has benefited the Northern Irish economy. Another witness told us that support for the protocol is growing in Northern Ireland precisely because it protects the Good Friday agreement and brings economic opportunities. It is for that reason that the majority of Members of the Legislative Assembly support the protocol.

That said, no one is suggesting that there are no issues. We knew that we would have to go into further negotiations. Let us start with a sanitary and phytosanitary agreement. Doing that is going to be difficult, but how do we do it without basic trust between both sides? I ask the Minister: how does breaking international law increase trust between negotiating partners? It does not. We knew that this was going to happen, because the Treasury highlighted in its 2019 impact assessment what the protocol would do. It said that the protocol would be disruptive, particularly to Northern Ireland businesses. It is extraordinary that it is only now that the Government seem to care about cross-community consent, because most people in Northern Ireland voted against Brexit, and even more voted against the hard Brexit chosen by this Government, and yet the Government went ahead anyway. To be fair to the DUP, it voted against the withdrawal agreement. It was clear before the Prime Minister signed it that the protocol did not have cross-party consent.

“the only way for the State to safeguard an essential interest against a grave and imminent peril”.

Others have already explained why this is not the only way. Furthermore, article 25 states that necessity may not be invoked when

“the State has contributed to the situation of necessity.”

How can anyone claim that we did not know? The Government signed the agreement and it was debated to death in this place all through the Brexit years. To suggest that this is new information is doublespeak—it is straight out of Orwell’s “1984”. Moreover, despots across the world will be delighted. How on earth can we hold others to account when we are tying ourselves up in knots, trying to find loopholes to get out of the agreements that we sign? This is how banana republics act, not Great Britain. The world looks to us. Can they trust us, they ask, when they want to make trade agreements with us? It is that trust that is being eroded today in this Bill.

This is being noticed on the ground. It would be remiss of me to not mention my hon. and gallant Friend the Member for Tiverton and Honiton (Richard Foord), who joined our Benches today. Like many in this House, including Government Members, I was there, knocking on doors, and this came up—trust in this Government, trust in this Prime Minister. This Government breaking international law is par for the course.

This Bill is a disgraceful course of action, and I and the Liberal Democrats will vote against it, because we are a party of law and order. We believe in the international rules-based order. The Government should withdraw this Bill and get on with tackling the cost of living emergency and safeguarding the interests of the whole of our nation. 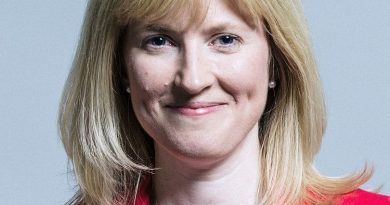