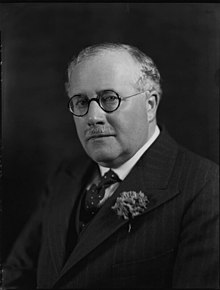 Below is the text of the speech made by Sir Kingsley Wood, the then Chancellor of the Exchequer, in the House of Commons on 10 February 1943.

I beg to move, “That the Bill be now read a Second time.”

The main object of this Bill is to expedite certain of the work of the War Damage Commission and so to accelerate the classification of properties that have ​ been damaged and the necessary plans for rebuilding and for redevelopment after the war. We are now able to take the course set out in the Bill mainly owing to the satisfactory progress that the Commission has been able to make with its work. When the Commission was first appointed it took over from the Inland Revenue Valuation Department over 1,000,000 claims which had already been lodged in respect of war damage that had occurred before the War Damage Act, 1941, was passed. The great bulk of these claims were in respect of partial damage which in many cases had already been repaired. The Commission was thus faced with ft heavy load of arrears of claims due for immediate payment. Further claims continued to come in, and are still coming in, but towards the end of last year the Commission found that they had, broadly speaking, wiped off their arrears. The War Damage Act, however, requires the Commission to apply to every damaged property a statutory test to determine whether the property is a total loss and, therefore, normally the subject of a value payment or whether it is not a total loss and, therefore, normally the subject of a cost of works payment. In other words, the test is designed to determine whether the property is economically worth restoring or hot, and this is the second stage of the Commission’s work.

The third stage will, of course, be the making of payments in respect of repairs and rebuilding after the war when civilian building is again possible. It is clearly desirable that if possible the Commission should complete the classification, at least of all properties damaged to date, before the end of the war. The sooner this is done the easier it will be for owners and others to know how they stand and to make their plans for rebuilding or redevelopment. If that is not done, it may hold up post-war reconstruction. If the Commission can now set themselves to work on the classification, they will be ready when the third stage arrives to deal with current classification and current claims, and the provisions in the Bill for which I am now asking the Second Reading will make it possible for the Commission to do this classification now.

Section 4 (1) of the original Act requires the Commission to decide whether the case is a total loss by reference to levels of cost and value at some future ​ indefinite time. The Commission thus has to consider not only when the work of restoration would be likely to take place but also what is likely to be the level of prices and the values at that indefinite time. It is obvious how difficult it is to draw conclusions as to post-war levels of value from present estimates, and this makes it practically impossible for the Commission to get on satisfactorily with this second stage of their work. The Bill, in Clause 1 and the Schedule, amends Section 4 (1) so as to make the test one upon pre-war levels of costs and values.

It is not suggested that the solution is entirely scientific or that an entirely scientific solution can be found, but I would suggest to the House that it is a solution which should serve well as a working basis. There is probably no particular ground for thinking that the houses or other buildings which were economically worth restoring before the war would not be thought worth restoring after the war or vice versa, and the general effect of the proposed solution will be to expand the field within which costs of works payments can be made, which, as many hon. Members will remember, was strongly urged on all hands when we last debated this matter. Broadly, it should result in the rebuilding of any good building which was damaged, and the change will enable the Commission’s work to be done now and will introduce a large measure of certainty in place of hypothesis. Thus I hope it will lessen the scope of disputes and differences.

It is, course, necessary in applying the test of the 1939 levels and values and prices to ensure that this does not result in a cost of works payment owing to a change of circumstances between pre-war and post-war in cases in which rebuilding ought not to take place. This can be secured, for the Treasury has power to issue directions under Section 7 in regard to the public interest which could be utilised so as to enable the Commission to make a value payment in cases where post-war conditions make restoration improper, notwithstanding that the test gave a cost of works payment. I may say, for the information of the House, that there has already been evidence that owners of property are likely to ask for a value payment, which they can do under the provisions of the Act, in lieu of a cost of works payment, where a ​ restored building is likely to be what is called a white elephant.

I need not say much about Clause 2. The House will remember that at a late stage in consideration of the amending Bill last year certain lengthy and complicated provisions relating to rent charges were introduced. Further consideration has disclosed one error and one or two omissions, and it is necessary to put these right before the Acts, are consolidated, so we are taking this opportunity to-day to do that. The purport of the small technical Amendments involved is explained in the Memorandum to the Bill, which no doubt has been noted and observed by hon. Members. I commend the Bill to the House; I think it will help us with our reconstruction plans, and I hope it will meet with general approval. 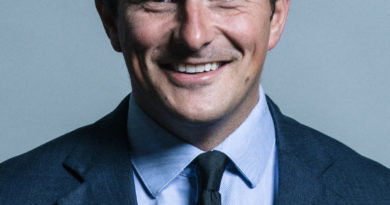 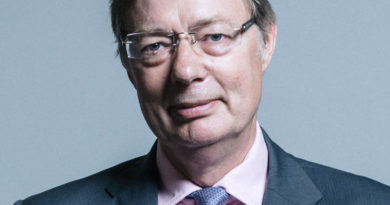