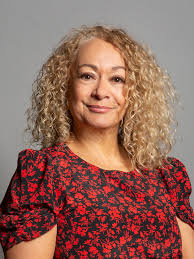 The speech made by Kim Johnson, the Labour MP for Liverpool Riverside, in the House of Commons on 17 May 2022.

Chronic Tory under-investment in our public services and our communities means that we have barely begun to recover from the last recession, and we are standing on the brink of another. With inflation now predicted to exceed 10%, the combination of soaring food and fuel prices, inflation and low pay is driving millions into poverty, hardship and hunger. For my constituents in Liverpool, Riverside and across the country, the Queen’s Speech provides little hope or comfort, especially for those experiencing extreme poverty: pensioners forced to spend the day on buses just to keep warm; children going to school hungry; and private renters terrified they are not going to be able to keep a roof over their heads. Household finances are at breaking point, with bad bosses driving down wages and working conditions, driving in-work poverty through the roof.

Meanwhile the richest 1%, the wealthy individuals, corporations and the energy giants are reporting eye-watering record profits. The boss of Shell received a £1.1 million pay rise, while the Governor of the Bank of England is telling workers not to ask their employers for a pay rise; this is the height of hypocrisy. No matter what pathetic and insulting excuses this Government give for the last 12 years of failures to support struggling families—telling poor people to take cooking lessons, get a better-paid job, or shop for bargain brands—this poverty is a political choice. This Government have chosen not to support those most in need, forcing working people into food banks and into an impossible choice between heating and eating, while the profits of the wealthiest go through the roof.

The stark reality is that this is a class war. Nowhere is that more devastating than in the soaring rates of child poverty. In Liverpool, Riverside, the equivalent of 10 children in a class of 30 are already living in poverty, and a record-breaking two thirds of them are living in working families. That is why I have tabled an amendment to the Queen’s Speech that includes measures to address sky-rocketing levels of child poverty. These are clear, simple actions that prove the cost of living crisis is not inevitable; it is a political choice. We need action, and we need it now, with the introduction of a windfall tax, the minimum wage being set at £15 an hour, and by reinstating and extending the £20 uplift to universal credit and all benefits.

Instead of levelling up, the Tories are doing what they do best: levelling down. The worst of the cost of living crisis is yet to come, which is why I urge all across the House to support the amendment.