The speech made by Keir Starmer, the Leader of the Opposition, in the House of Commons on 15 October 2021.

In the last few days, there have been many tributes to Sir David, from politicians of all parties, from his constituents and members of the public, from friends and from family, and from faith leaders, especially the Catholic Church, of which he was such a devoted follower. Each tribute paints its own picture—of a committed public servant, of kindness and of a man whose decency touched everybody that he met. Taken together, these tributes are a powerful testimony to the respect, the affection and, yes, the love that David was held in across politics and across different communities. Together, they speak volumes about the man that he was and the loss that we grieve.

Sir David was a dedicated parliamentarian and his loss is felt profoundly across this House. We are united in our grief at this terrible time. We are thinking of David and his family. We are thinking, once again, of our dear friend Jo Cox, who was killed just five short years ago. I know that hon. Members and their staff will have spent the weekend worrying about their own safety. The emotion is the same across the House, but I remember just how acutely Jo’s loss was felt on these Benches, so today, on behalf of the entire Labour party, I want to lean across, to reach across and to acknowledge the pain that is felt on the opposite Benches, and I do. Of course our differences matter—after all, that is what democracy is about—but today we are reminded that what we have in common matters far more.

I spoke to Jo Cox’s parents on Friday afternoon because I knew that they would be reliving that terrible day. They said to me they were thinking of David’s family and how their lives would be changed forever. So today, just as the Prime Minister has said, this House holds in our hearts David’s wife, Julia, his children, Katherine, David Jr., Sarah, Florence and Alex, and all of those who loved him. We cannot begin to imagine what they are going through, but our thoughts, our love and our prayers are with them.

I also thank those who did everything they could to save David’s life and our emergency services, who run towards danger to protect us.

I also want to take a moment for us all to think about David’s staff and what they must be going through. This Parliament that David loved so much has lost one of its finest advocates, his colleagues have lost a dear friend, and the people of Southend have lost one of their own.

Sir David was a dedicated constituency MP. When I visited Southend on Saturday, I was struck by the affection and the regard in which he was held by everybody I met. He rejected ministerial office to focus on Southend; we remember his historic battle to see it given city status, and I am so pleased about the announcement that the Prime Minister has just made. It is a fitting tribute to Sir David’s hard work, it really is—fitting because David delivered on the causes that he championed and cared about. He introduced a Bill that forced action on fuel poverty, he paved the way for better standards of fire safety and he delivered protections for animal welfare.

No tribute has emerged in recent days that resonates more vividly than that of David’s former parliamentary staffer Edward Holmes. As he was in his first job out of university, Holmes forgot to tell Sir David about an urgent call that the then Prime Minister David Cameron had made. He said that he felt terrified until he finally plucked up the courage to tell David, whose response was typical: “Don’t worry about that, Edward.” So relaxed was David that Mr Holmes says that he suspects he never actually called the Prime Minister back.

That tells of a politician who had his priorities right: one who put his people before his party, and his patch before his personal advancement. Even as a political opponent, he was a man and a politician we can all learn so much from. I use that phrase “political opponent” very deliberately, because David held his beliefs passionately but gently. I believe not only that we can learn from that, but that we have a duty to learn from it. Civility matters, and it matters in politics.

We must not lose sight of the fact that David’s killing was an act of terror in our country. We cannot help but think of Jo Cox, Andrew Pennington and PC Keith Palmer, who lost his life defending all of us in this place in 2017. We thank God that my right hon. Friend the Member for East Ham (Stephen Timms) is with us in the Chamber today, and that the would-be attackers of my hon. Friend the Member for West Lancashire (Rosie Cooper) were stopped in their tracks. [Hon. Members: “Hear, hear.”] I know that politicians across the country and across this House have their own experiences of threats to their security. Today is a chance to remember David, but in the weeks and days to come we must confront the threats and violence that everyone faces in enacting this country’s democracy.

It is too early for us to comment on the exact motivations and circumstances of David’s killing, but I want to finish by saying this: a cowardly attack on a public servant doing his job is an attack on our country and on our way of life—a way of life that prizes tolerance, democracy and respect, that accepts our differences but cherishes our commonalities, that refuses to succumb to the poison of extremism. No matter what perverted cause, faith or ideology these attackers support, their intention is always the same: to sow division among us. That is why our response must always be to show that we will never be cowed, that our bonds to one another can never be eroded, that the hatred that took Sir David’s life will never win.

Our democracy is precious. It has held firm against many tests, but it is also a fragile, living thing. Let us use the memory of Sir David’s life and his passions to nourish it, to recommit ourselves in standing for the things that he stood for, the things that extremists will never comprehend—for decency in our disagreements, for kindness in our hearts, for our great democracy, and for the hope that through it we can make our country and our world a better place.

John Whittingdale – 1992 Maiden Speech in the House of Commons 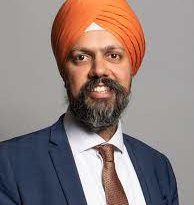