The comments made by Keir Starmer, the Leader of the Opposition, on the BBC’s Andrew Marr Show on 12 December 2021.

Well, I do think that new allegation is very serious and the reason it’s serious is because, of course, at the time the Government was asking the public not to see loved ones, and many people didn’t see loved ones last Christmas at all. Many of them didn’t see their loved ones again and that’s why this has created such fury. This is only the latest of the allegations and I remember it was only Wednesday that the Prime Minister stood up in Parliament and said he was furious that he’d just found out that there may have been breaches of the rules in Downing Street.

He was talking about the party on the 18th December. Now we learn this morning that three days earlier he was involved – he was leading a quiz in Downing Street, which if the reports are accurate involved groups of people – I think it was being said up to 24 people in one room, using their computer screens but actually involving themselves in a social event. And so he’d be doubly furious now he finds that he himself has been involved in something which may have breached the rules. 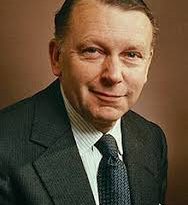