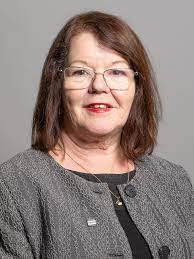 The speech made by Kate Hollern, the Labour MP for Blackburn, in the House of Commons on 17 May 2022.

The Queen’s Speech contained 38 pieces of legislation, but nothing to address the biggest challenge facing families up and down the country: the cost of living crisis, which will only get worse in the months ahead. Members on both sides of the House have spoken of the need for a long-term strategy—of course that is needed—but that is of little comfort to the people who are suffering now. We need short-term support mechanisms to help families manage their budgets, many of whom are concerned about stretching their pay packets until the end of next week. Pensioners face the agonising choice of either heating their home or eating some food.

The cost of living crisis is here, it is now, it is today, and people cannot be left in the dire circumstances that they are in now. We need a windfall tax to reduce energy bills, and an increase in pensions and other benefits to keep up with inflation. This money will not sit in people’s banks; it will be spent in the local economy—in local shops and markets.

I wish to tell the stories of a few of my constituents to make sure that we all know exactly what we are talking about. The story about Violet, who is over 80, is important. She suffers from motor neurone disease. She does not cook and instead receives meals on wheels. She was astonished to find that her energy bill had gone up by £500. She is extremely worried and stressed about how she will manage.

Isobel, who suffered a stroke last week, tells me that she has turned off her heating. She says that she will manage but, again, is extremely worried. Emma, a single mum, is in work and not on benefits, but, after paying rent, gas, electric and water, she has none of her wages left for the bare essentials. Then there is the local firm that was brought to the brink of closure by rocketing energy costs. Why are the Government not ready to exhaust all options to support these people? Why have they not caught on to the urgency of the moment? Why are Government Ministers poking fun at the idea of an emergency Budget to support people?

The Queen’s Speech was a major opportunity to support those most affected by rising costs and the Government did not take it. They had the opportunity to change course but they refused to do so. I have serious concerns that Conservative Members have totally missed the point. They just do not know what it feels like to worry about whether to pay rent or to buy food for the children. That is clearly shown by the statements that have been made recently. I am pleased that everybody recognises just how ridiculous some of those statements were.

Residents of left-behind areas such as Blackburn will be hit the hardest by rising costs. Average earnings in Blackburn are £25,000, compared with the UK average of £38,000. We cannot let these financial burdens be borne by those who have already been hit the hardest. Today is the opportunity for this Government to do the right thing. They should show that they understand and, dare I say it, that they care about the millions of people in this country struggling through no fault of their own, by supporting a windfall tax to help ease the burden on families.

Chloe Smith – 2021 Statement on the May Elections

Emma Hardy – 2022 Speech on the Cost of Living Crisis