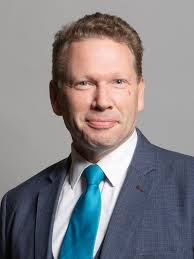 The speech made by Karl McCartney, the Conservative MP for Lincoln, in the House of Commons on 4 February 2021.

It gives me great pleasure to follow my hon. Friend the Member for Peterborough (Paul Bristow), who was very positive, and the not so positive hon. Member for Hemsworth (Jon Trickett).

I am sure that, across this House, we as Members of Parliament and, in part, representatives of our communities have as our driving aim and ambition the wish to leave our constituencies in a better, more prosperous and equal way than when we were first elected. I am one of the few MPs sitting in this House who has lost their seat at a general election and, fortuitously, regained that same seat subsequently. When one loses one’s seat, funnily enough one has plenty of time to reflect and think back to all one’s achievements, and to those issues or projects that had been delayed. When I lost in 2017, I was able to reflect on my record, and I am proud that I was able to say that Lincoln was a better, more connected, prosperous and equal community than when I was first elected in 2010. Our two universities continue to prosper, with Lincoln recently being granted its own medical school after I engaged with other organisations to promote its existence, initially in 2011. We also had direct, fast and regular train links to London, the now-complete Lincoln eastern bypass was under construction and the average worker had a higher wage and a lower tax bill than they did under a Labour Government.

Lincoln has prospered, and continues to prosper, with a Conservative Member of Parliament fighting its corner and a receptive Conservative Government, but we now have a further, new opportunity to ensure that our constituencies level up, flourish and provide employment, incomes and livelihoods for our constituents. I believe that Lincoln’s bid for the towns fund will do this and I hope that Government colleagues share my positivity for Lincoln’s towns fund application. I would like to take this opportunity to officially thank my fellow scouser and colleague, my right hon. Friend the Member for Rossendale and Darwen (Jake Berry), who, as a former Minister, procured this opportunity for the city that I am so proud, honoured and privileged to represent.

When people arrive and exit at Lincoln train station, with its ticket room plaque commemorating the official redevelopment and reopening, they are immediately greeted by the shell of a grand old hotel, the Barbican. It has unfortunately stood empty for well over a decade. If one of the projects in our bid is successful, it will be transformed into a production and maker hub for the creative industries. The space would enable the clustering and incubation of creative businesses and the establishment of a creative business network. This would be a distinctive, visible and high-quality offer in the heart of the city. I note that, as a landlord, the Lincolnshire Co-op is an incredibly commercial landlord and has steadfastly refused in over a decade to invest any of its finances into the site.

We also have a proposal for the urban regeneration of Tentercroft Street. This project will support the redevelopment of a strategic brownfield site, to create new workspace and city living in the heart of the city centre. But by far my favourite of the proposals is the bid for Wigford Way. Once a critical artery for our city centre businesses and central road network, Wigford Way is now underused due to changes in pedestrianisation and flows of traffic, following the improvements secured through funding during my early years as the Member of Parliament for both the high street and Brayford wharf level-crossing footbridges and the east-west link road, so it now offers an opportunity for centre development, or rather, to be reimagined to improve and reconnect distinctive quarters of our city.

For all those who live, work, visit and study in our beautiful, historic and well-loved city, I will always put Lincoln first. 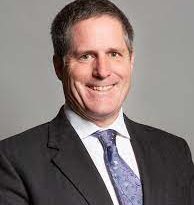