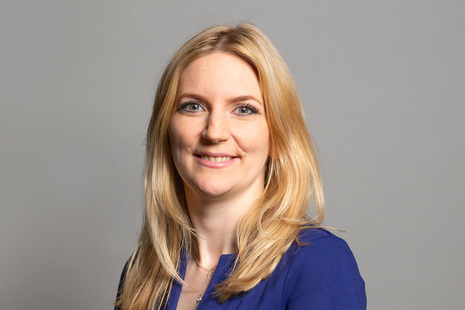 The statement made by Julia Lopez, the Minister for Media, Data and Digital Infrastructure, in the House of Commons on 27 April 2022.

Our TV and radio industry is one of our great success stories, and public service broadcasters such as Channel 4 are central to that success. Our PSBs sit at the heart of our broadcasting system, delivering distinctive, high-quality content and helping to develop skills, talent and growth across the entire country.

However, the broadcasting world has changed beyond recognition in recent years. Rapid changes in technology and the rise of American streaming giants such as Netflix, Amazon Prime and Disney+, not to mention YouTube and social media platforms, have transformed audience habits. Viewers can watch what they want, when they want, on their laptop, phone, smart TV or Fire stick. As a result, while streaming services have enjoyed a 19% increase in subscribers in recent years, the share of total viewers for linear TV channels such as the BBC and ITV has fallen by more than 20%.

The Government are determined to protect the role of PSBs in our nation’s economic, cultural and democratic life, and to make sure that they remain at the heart of our broadcasting system no matter what the future holds. Tomorrow, therefore, we will be publishing a White Paper that proposes major reforms to our decades-old broadcasting regulations—reforms that will put traditional broadcasters such as the BBC, ITV and Channel 4 on an even playing field with Netflix, Amazon Prime and others, and enable them to thrive in the streaming age. We will set out the full details of our proposals when the White Paper is published.

It is important to understand that the sale of Channel 4 is just one part of that major piece of reform. Like the rest of the White Paper, it is a reflection of the transformation that broadcasting has undergone in the last few years and the need to make sure that our PSBs can keep pace with those changes.

Channel 4 has done a fantastic job in fulfilling the original mission that it was set by the Thatcher Government: to spur independent production and deliver cutting-edge content. The independent production sector has exploded in the last few decades, growing from a £500 million industry in 1995 to an industry of approximately £3 billion in 2019. However, since it was structured to address the challenges of the 1980s, there are limits to Channel 4’s ability to adapt to the 2020s and beyond.

Channel 4 now faces a new set of challenges. It faces huge competition for audience share and advertising spend from a wider range of players, many of whose deep pockets have been driving up production costs. Streamers such as Netflix spent £779 million on UK productions in 2020, more than twice as much as Channel 4. While other PSBs, such as the BBC and Channel 5, have the freedom to make and sell their own content, Channel 4 has no in-house studio and relies almost entirely on linear television advertising spend at a time when those revenues are rapidly shifting online.

Under its current form of ownership, Channel 4 has few options to grow, invest and compete. The Government believe that it is time to unleash the broadcaster’s full potential and to open Channel 4 up to private ownership and investment—crucially, while protecting its public service broadcasting remit. We believe we can sell Channel 4 to a buyer who will fund emerging talent and independent and impartial news, and invest in every corner of the UK.

We intend to use the proceeds of the sale to tackle today’s broadcasting challenges. As I said, our independent production sector is thriving. Only 7% of its revenue comes from Channel 4. The much bigger challenge we face is a shortage of skills. Our film and TV studios are booming. We need to give people the skills to fill the jobs in them, so we will reinvest the proceeds of a Channel 4 sale into levelling up the creative sector and giving people in left-behind areas the training and opportunity to work in the industry.

The sale of Channel 4 will not just benefit the broadcaster; it will deliver a creative dividend for the entire country. As I said, the future of Channel 4 is just one part of our wider reform of the entire broadcasting sector, and I look forward to providing the House with the full details shortly.