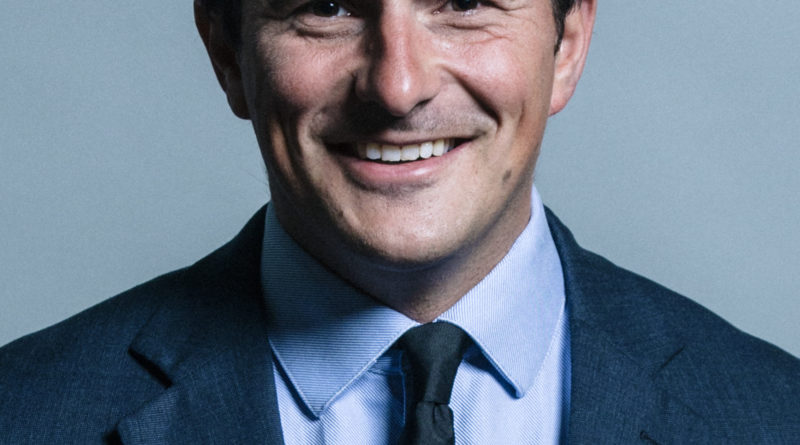 The speech made by Johnny Mercer, the Conservative MP for Plymouth Moor View, in the House of Commons on 18 August 2021.

I want to make three broad points about what has gone on over the past week. I want to talk about this place’s responsibility towards those who serve, and our Afghan friends and partners. I also want to speak, if I can, for veterans of the conflict to whom I have spoken over the past week.

When it comes to responsibility, I urge Ministers to be very careful about talking exclusively about the Americans. We are very clear, and it is well understood, that the US is, or was, the framework nation in Afghanistan, but people who join the military from council estates in Plymouth, Newcastle, Stoke or Birmingham do not serve the American flag; they serve the British flag. They are proud to do so, and they do it at the behest of Ministers in this place. It dishonours their service simply to say, “The Americans have left—we are leaving.” We do not spend £40 billion a year on a tier 1 military for it to be unable to go out the door without the Americans, and the taxpayer does not expect that. I urge Ministers to take responsibility for the decisions that they make, particularly when talking with the families.

I wish to talk about our Afghan friends and partners. I am pleased with the announcement today on refugees; it is a good start. People can talk numbers; they can say that they want more or that they want fewer, but the reality is—this is basic maths—that we will not get out of Afghanistan all those whom we promised to get out. We can say that we want more, or that we want fewer, but that is the reality. The truth is as well that we have to be honest in this place. For many, many years, people have campaigned against this relocation scheme and the previous intimidation scheme and said that it was not good enough. Decisions made by Ministers in this House have made this situation harder, so, although I welcome this change today and our onward progression, let us not kid ourselves about what has happened in the past and let us treat with a little more respect those who, with no self-interest, campaign for these people.

Finally, I want to speak to veterans and for veterans. Over the past few days, it has become clear to me that we are dealing with new feelings—Help for Heroes put out something on this yesterday. We are not trained to lose and we are not trained to deal with the way that Ministers are choosing to be defeated by the Taliban. Was it all for nothing? Of course, it was not for nothing, and we must get away from that narrative. Whether we like this or not it is a fact that, for a period of time, Afghans—the average age in Afghanistan is 18 years old—will have experienced the freedom and privileges that we enjoy here, and no one will ever take that away from them, which is incredibly important. What are we here to do if it is not to be good, honourable people, to fight for the oppressed, to keep our families safe and to live to a higher calling? Our veterans did this over many years in some of the hardest conditions and against as dark an enemy as this nation has ever faced. We often look to our forefathers for inspiration. They emulated them. They did them proud, not in scale but in the same amphitheatre, They can be forever proud of what they did when the nation called. I say to them, “You played your role, but you cannot control what is happening now—remember that. What folk like me saw you do—the courage, the sacrifice and the humanity—will never die and it has defined us as human beings. You did that and nobody will ever take that away. I will never forget you. Every day the sun comes up, I will make sure that this place and this country do not forget you and your sacrifice on the altar of this nation’s continuing freedom.”

The Government must now step up and support this group of bereaved families and veterans. We will see a bow wave of mental health challenges. We are not trained to cope with the feelings that we have now. I have done everything that I possibly could to support all the brilliant staff at the Ministry of Defence, the Office for Veterans’ Affairs, and the NHS, which works tirelessly supporting veterans up and down this country, but I must say to the House with a heavy heart that the Prime Minister has consistently failed to honour what he said that he would do when he was trying to become Prime Minister. He must not wriggle out of his commitments on this issue. He knows that the Office for Veterans’ Affairs is nothing like it was designed to be: the paltry £5 million funding was slashed after less than a year, there was a lack of staff, and there was not even an office from which to work. Even today, the brilliant staff at the Office for Veterans’ Affairs simply cannot cope with the scale of the demand. While his predecessors may get away with a certain degree of ignorance in this space, I am afraid that the Prime Minister has no excuse on this issue; it is a political choice. The ambivalence needs to end, and he needs to step up and listen to the charities and to the veterans, not to those whom he chooses to employ around him who do not believe veterans’ issues are worth the political capital required. The nation cares, and we will make this Government care. The scale of the challenge of dealing with this Afghan generation is only just beginning. I pay tribute to everybody who has spoken up in this debate, but particularly to those who do not have a vested interest in Afghanistan and can see the inherent injustice of what is happening now. Thank you, Mr Speaker, for recalling the House today.