Below is the text of the speech made by the Secretary of State for Health, Jeremy Hunt, on 13th March 2013.

In 1953, when the NHS was just five years old, two men named Smith took a flight from LA to New York. They started chatting.

One Mr Smith was the head of American Airlines. He was having a nightmare coping with the explosion in demand for airline travel.

Back then it could take 3 hours to book a single ticket. They were dependent on the amount of work that 8 people huddling around a single rolodex could manage and they had reached their limit. Mr Smith was desperate.

The other Mr Smith worked for IBM.

That chance encounter transformed the industry.

It led to a new computer system that allowed any travel agent anywhere in the country to know which seats were available on any flight, book and issue a ticket all in a matter of minutes.

The implications were massive. Flying went mass-market – and American Airlines became one of the most successful airlines in the world. And we are still using the same system 60 years later – with the internet allowing us all to become our own travel agents.

But think how history would have been different if the man from IBM had been sitting next to a Mr Smith from the NHS.

What they introduced to the airline industry 60 years ago, we still haven’t done for health and social care today. While they innovated, we stagnated. The revolution that has transformed so much of our daily lives is only just starting to touch healthcare.

Today I want to talk about the importance of innovation, of thinking differently and of finally harnessing the power of technology for the improvement of patient care and patient experience.

Very recently, the Francis Report into the appalling abuses of care at Stafford Hospital highlighted one of the biggest challenges facing the NHS. The need not only for high quality treatment, but for genuinely patient centred care.

I am clear that our response to that report must be about getting the culture and values right in the modern NHS as about regulation and systems.

If we are to give them the time and space to deliver on those core NHS values, if we are serious about putting patients in the driving seat, then we need to embrace the time-saving efficiency and productivity that technology and innovation can unleash.

We also need to recognise the improvements in patient safety that technology makes possible. Whether real time information on hospital mortality rates, comparative data on surgery survival rates or the simple availability to a doctor of a patient’s prescribing history before medication is administered – all should make closer the zero-harm NHS that is such a priority in the wake of Mid Staffs.

Let’s be clear though: technology is a means to an end, not an end in itself. But if we ignore what it makes possible, we ignore the biggest single opportunity in front of us to transform the delivery of healthcare away from a medical model into a patient and person-centred approach.

One thing that, more than anything else, will drive innovation is electronic patient records.

Paper records can only be in one place at a time, only seen by one person at a time. So they’re no use to a patient on holiday in Gloucester if his file is in a Godalming GP surgery.

Or to an ambulance driver picking up a frail elderly woman in an emergency who, if he had her notes, could see she was a diabetic with a heart condition who had a fall last month.

They’re no use to a hospital doctor who might not be aware of a patient’s other medication and prescribe drugs incorrectly – potentially lethally – because the notes have got lost.

Unaware of a patient’s full history, complications arise in surgery.

And patients find themselves having to repeat their medical history over and over again, sometimes several times on the same day in the same hospital.

But with an electronic record, all sorts of things are possible.

Which is why I have taken what Sir Humphrey would call the ‘brave’ decision to ask the NHS to go paperless by 2018. And to acknowledge explicitly that the last government was right to see the potential of electronic records but tragically wrong in the way it tried to implement them.

We will learn the right lessons – in particular avoiding top down Whitehall driven solutions in favour of locally determined solutions which work to national standards.

Many of the organisations here today offer new ways of using that information to improve care.

Whether it’s doctors and nurses being able to access the right information, giving patients control over their own care, or enabling vast amounts of anonymised data to be used to further research into new drugs and treatments. The potential for fully electronic records is huge and is about to be realised.

In Denmark, people can see all their hospital records online, and this year will be able to see their GP records too.

In America, military veterans, who have their own healthcare system not unlike the NHS, can download their own health records. Something that almost 20,000 veterans do every month.

In Sweden, over 85% of prescriptions are transferred from doctor to pharmacy online.

We have great things happening here in the UK too – like King’s College Hospital on track to become paperless this year, and where nurses use iPod Touches to record and monitor a patient’s vital signs at the bedside.

Or Maudsley Hospital’s MyHealthBox, the first time anwhere mental health patients have been given online access to their hospital and GP records.

Or Newham University Hospital that has reduced missed appointments by 11% through use of Skype for diabetic outpatient appointments.

But, we need to go much further, much faster. And we should not underestimate the size of the prize. With a paperless NHS, we may well be the largest fully online health economy in the world – with massive implications for improved patient safety, genuine patient empowerment and self-management as well as scientific research.

Britain has a global reputation for research. We have world-leading universities and some of the greatest scientific minds. We have well established, high quality R&D, manufacturing and supply chain expertise. And, of course, we have the NHS.

This all makes the UK a natural focus for global investment in innovation and the life sciences.

And with a global healthcare market worth around 6.5 trillion dollars, the potential value to the UK in terms of economic growth and development is enormous.

So I’m delighted to announce one such investment today.

Johnson & Johnson’s Innovation Centre, here in London, will spearhead a multi-mullion pound drive to seek out and develop some of the ‘golden discoveries’ being made as we speak.

They will support and develop promising new breakthroughs in our universities, our SMEs, our research councils and our big research charities.

Johnson & Johnson’s Chief Scientific Officer, Paul Stoffels, said, this “is part of [their] broader innovation strategy to advance human health through collaboration with the world’s leading scientists and entrepreneurs.”

And they’re doing it right here in England, where they have access to the finest health service and the finest people in the world.

Unlike the big investments of the past, this isn’t about vast sums spent on shiny new offices and laboritories, it’s about focussing investment in new ideas, fresh thinking and new products.

Being flexible and moving fast.  Just like many of the small companies here at Expo.

For as well as the big giants who push forward the bounds of innovation, we also need the small, disruptive companies. Often close to their customers, often led by people fresh from the coalface of NHS care, outside the traditional structures they bring energy and fresh thinking to age-old problems.

So to help harness what they can offer the NHS Commissioning Board have today launched the Health App Library. Aimed initially at the public, it will play host to new mobile phone apps developed by companies large and small that can help to improve healthcare in myriad ways.

These apps will do everything from helping people to get trusted information on their condition or to find relevant clinical trials, to making it easy for patients to create and manage their own care plans with their doctor using their own medical records.

As the father of a one year old daughter, I am particularly interested in the e-Red Book, allowing parents to keep accurate and up to date records of their child’s early development online.

But you will find many other apps in the Library, all with the knowledge that they are clinically safe.

Finally I can today announce the government is helping small groups – community groups, social enterprises – to play their role in improving care through the Innovation, Excellence and Strategic Development Fund. Today, a further 49 with benefit from grants totalling £5.5 million.

This will cover a wide range of innovations, from tailored online psychological support for people with skin conditions, to phone apps to help people with disabilities gain greater independence, and support for children and young people to access and take control of their own mental health services online or through their phones.

Expo showcases why I am so optimistic about the future of health and social care. Creative people bringing new ideas, new perspectives, new approaches.

It is the opposite of the old top-down, command and control NHS. It shows the future.

A future of an NHS freed from the shackles of top-down bureaucracy where our excellent doctors and nurses can quickly find the solutions that work for them and their patients. Bringing speed and creativity to wards and consulting rooms across the country.

Technology is a big part of this. Not a holy grail or silver bullet. But a way of turning the pyramid upside-down, so the NHS is led by the people it was set up to serve – its patients.

Bill Gates said, “Never before in history has innovation offered promise of so much to so many in so short a time”.

When it comes to taking advantage of that promise of what innovation, let’s put healthcare at the front of the queue. Thank you. 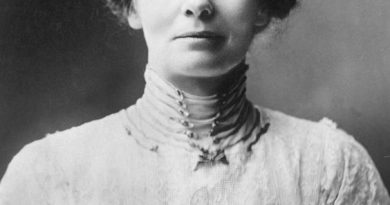