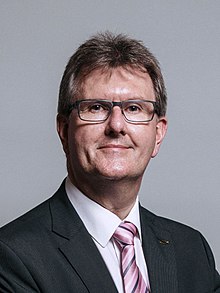 The speech made by Jeffrey Donaldson, the DUP MP for Lagan Valley, in the House of Commons on 12 April 2021.

On behalf of the Democratic Unionist party and the people in Northern Ireland we have the privilege to represent, I convey our sincere sympathy to Her Majesty the Queen and the entire royal family on the sad passing of His Royal Highness The Prince Philip, a devoted husband and a much loved father, grandfather and great-grandfather, and indeed a father figure for our nation. We uphold them all at this time in our prayers.

During his lifetime, the Prince made more than 50 visits to Northern Ireland, and on many of those occasions, he stayed at Hillsborough castle in my constituency, which is the home of the royal family in our part of the United Kingdom. The royal family is always welcome in Hillsborough. The people of the village, and their neighbours throughout the Lagan Valley constituency, share in our sense of loss at this time. Prince Philip was very fond of Hillsborough, and especially the beautiful gardens of Hillsborough castle. His memory will live long within our local community and among those who had the privilege to meet him.

Ulster people prefer plain speaking, and in Prince Philip they found a man who was reassuring in his honesty and in his passion for ensuring that our young people, in particular, had the best opportunity to enjoy a meaningful and purposeful life. He recognised that when we invest in young people, we invest in the future. The Duke of Edinburgh’s Award scheme has been referred to by the Prime Minister and by many colleagues across the House. In Northern Ireland, young people from right across the community—from all parts of that community —took part in the Duke of Edinburgh’s Award scheme, and I know that he took great pride in the fact that the young people in that scheme in Northern Ireland came from all kinds of backgrounds.

In the last year alone, more than 6,000 young people in Northern Ireland have started their programme in the Duke of Edinburgh’s Award scheme, and more than 3,000 have completed their awards. Many young lives have been shaped and influenced by that scheme, and by the attributes that the Duke inculcated into the scheme. Young people in Northern Ireland are the leaders of the future, and we thank His Royal Highness for his investment in their future.

We also salute the Duke’s service to our country––his service with and support for our armed forces. He served with courage and distinction, and he was an inspiration to many, not least our veterans, with whom he identified so closely.

In her annual message, Her Majesty the Queen refers often to the importance of her Christian faith in dealing with the challenges that we all face in life. Losing a loved one is one of the greatest challenges. It is our prayer that in these days of mourning and in the times ahead, Her Majesty, and, indeed, the royal family as a whole, will be able to draw upon this deep well of faith, and that it will bring comfort and sustain them, especially Her Majesty. As she continues her journey of service to this nation of the United Kingdom of Great Britain and Northern Ireland, and to the Commonwealth of nations and the overseas territories, she will do so without the support of her much loved companion, Prince Philip. As a nation, we will miss him. In Northern Ireland, we salute his memory.