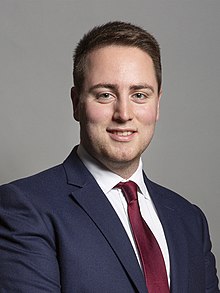 The speech made by Jacob Young, the Conservative MP for Redcar, in the House of Commons on 18 December 2021.

The Tees Valley has a proud history as the home of our nation’s railway. Starting with George Stephenson’s revolutionary launch of the Stockton to Darlington railway in 1825, our region has been a pioneer in the development of Britain’s rail sector, from steel forged in the furnaces of Redcar for the construction of the London underground to the production of new trains at Hitachi in Newton Aycliffe.

Recent announcements show our commitment to levelling up rail in Teesside. From next year, TransPennine Express services will be extended from Redcar Central to Saltburn, something I have been campaigning on for well over two years. As of next week, LNER will launch a direct service from Middlesbrough to London Kings Cross—a fantastic step, but we need more than just one a day. And the £l00 million redevelopment of Darlington train station creates new platforms, a new station building and the potential for more frequent services on the local network.

The Tees Valley is also playing a huge role in the development of the wider national network, and a key way we can strengthen this role is by committing to using British-made steel from Teesside. HS2 is one of this Government’s biggest infrastructure projects but it has yet to commit to signing the UK steel charter. It is a false economy to continue to bail out our steel industry and not secure its pipeline through procurement rules in the UK. Using UK-sourced steel in the construction of HS2 will help us to secure the future of this vital national industry and support over 1,000 jobs in Redcar alone.

This IRP delivers for the north, but there is more work to do. The Minister will know that I am pushing for the east coast main line to extend its services not just to Middlesbrough but to Redcar to complement our new freeport. Along with the Chief Secretary to the Treasury, I am supporting the return of passenger services to east Cleveland on the Boulby potash line, if we are able to achieve it. But as we rightly increase services on the Redcar line, such as the TransPennine service to Saltburn, we run the risk of cutting Redcar in half, virtually blockading our level crossings in the town centre. There is no doubt that resolving this roadblock to growth in Redcar will require significant funding, and there is no obvious solution right now, but I seek assurances from the Minister that Redcar town will not be cut off as we grow our network, and that we will seek to minimise the length of time the crossings are down. This is a Government committed to levelling up and transforming Teesside for the better. Thanks to this Government and our Conservative team across our region, we have never been better connected by rail, road and air. Long may it continue. 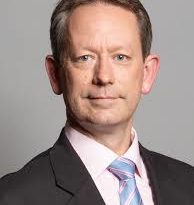