Below is the text of the speech made by Iain Gray, the then Leader of the Scottish Labour Party, to Labour Party conference on 27th September 2010.

I want to begin by congratulating Ed Miliband on his election. I know he is going to expose the Tories and the Liberals for what they are, lead our fightback and be the next Prime Minister of this country.

And you know what, Ed gets Scotland. He knows that Labour is already fighting back in Scotland.

Fighting back as services are cut, capital projects are cancelled and the recovery is choked off.

In Scotland all of this is already happening.

The SNP ended our school building programme, cancelled our rail link projects to Edinburgh and then Glasgow Airports.

They cut the budgets which support enterprise and economic development, reduced university places by 1000 and cut support for 16 –18 year olds staying on at school.

Unbelievably they did all of this in the good years, the best of times, when they had more money than any Scottish government has ever had.

90% of our new teachers this year have no permanent job. Highly trained, highly skilled, highly motivated, they should be inspiring and encouraging the next generation.

Instead they are sitting at home, on supply, waiting for the phone to ring.

This movement fought to end the curse of casual labour in the docks but the SNP have casualised the teaching profession.

£2 billion worth of schools and hospitals lost. And 37,000 construction jobs gone with them.

Alex Salmond inherited a Scotland where unemployment was lower than the rest of the country. There were more people in work than ever before. Youth unemployment had all but disappeared. Poverty was falling faster than in any other part of Britain.

He has thrown all of that away.

That is Alex Salmond’s legacy of failure.

Ending it is our challenge. Labour’s obligation.

Because when unemployment rises and poverty flourishes and opportunity disappears, people will look to Labour. They will look to us. And we must not let them down.

In May one million Scots said Labour speaks for us.

And we do: when we campaign for safe streets, clean hospitals, improved literacy in our schools, apprenticeship opportunities for our young people, we speak for Scotland.

When we stand shoulder to shoulder with carers, with knife crime campaigners, with C Diff families, with commun ity groups facing funding cuts, with newly qualified teachers on the scrapheap and nurses in the firing line, then we stand up for Scotland.

We had our election failure in 2007. And we learned the lessons.

We rediscovered the values which bind us, the purpose which drives us and the vision which calls us.

We remembered that we are a movement, not just a party, driven by principle not just a programme.

We came out stronger and we are fighting back.

With an outstanding Secretary of State for Scotland in Jim Murphy we took on our opponents in May and we won the trust of the country once again.

We are ready now to make Labour once again the biggest party in the Scottish Parliament.

People say to me, why would you want to be First Minister when money is so tight, when the decisions will be so hard.

I say: it is when times are hardest that Labour values are needed most of all. Changing our country and our world for the better is one part of Labour’s purpose. But our purpose, too, is to protect those most in need, to see that the lot of the poorest does not diminish, that the limited chances of those on the edge, on the margins of our communities do not slip beyond hope.

So when the time comes to take hard decisions I will not shirk them. I will not hide. But I will take those decisions for the good of the many with Labour values as the touchstone and the guiding principle.

We will need to see pay restraint in the months and years ahead. In particular, I want to see excessive salaries and bonuses at the very top end of the Scottish public sector scaled back.

But those at the bottom of the pay scales must be protected. That is why if I am elected First Minister in May I will introduce a Scottish Living Wage, of over £7 per hour.

In a 21st Century Scotland no one who does a fair days work should receive less than a fair days pay. In a Labour Scotland we will make sure that no one does.

Labour colleagues in Glasgow City Council have shown that a Living Wage works, so beginning in the public sector but building out from there, through partnership, and procurement we will create a movement, a campaign against poverty pay.

Labour in Scotland may well be asked to deal with the choices presented by the Tory cuts, but it is the most vulnerable who will deal with the consequences. I say to every Scot: Labour will be by your side when no one else will dare to care. That is our mission. That will be the hallmark of my leadership in Scotland.

In May we can write a new chapter in the history of Scotland. I want the story of Scotland – my country – to be shaped by those Labour values too. Hard times or not, I want a Scotland of fairness, of opportunity of excellence.

A Scotland to be proud of.

A Scotland to fight and struggle and organise for. 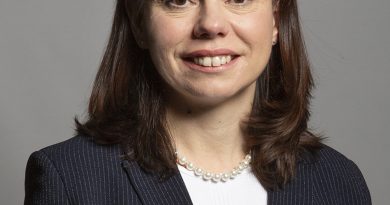