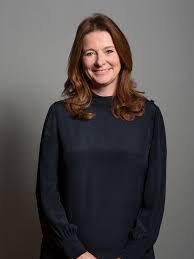 The speech made by Gillian Keegan, the Minister for Care and Mental Health, in the House of Commons on 21 June 2022.

I congratulate the hon. Member for Battersea (Marsha De Cordova) on securing the debate. I must admit that I was not aware of the tragic events that unfolded 50 years ago, on 30 May 1972, and I am sure that others were not, either, so it is fantastic that she secured the debate to remind us all. However, I discussed it with my husband when I got home last night. At the time, he was a 10-year-old boy growing up in London. He was very much aware of what happened and he vividly remembers it. What should have been a happy day in Battersea Park, on the bank of the River Thames, resulted in five children losing their lives and a further 13 being injured, and it shocked many more.

I very much hope that the survivors’ campaign for a permanent memorial in Battersea Park is ultimately successful, so that that terrible event is never forgotten—maybe that is the plaque the hon. Lady referred to, or maybe there is something else that they are still campaigning for.

Undoubtedly, many affected by the Battersea funfair disaster will have suffered from what we now call post-traumatic stress disorder, but let us not forget that PTSD was not even added to the International Classification of Diseases until the ’80s, and guidance from the National Institute for Health and Care Excellence was not published until 2005. Events have taught us that people affected by any traumatic incident must be able to access timely mental health support when and if needed, but I am not sure there was the same understanding all those years ago.

Luckily, PTSD can be successfully treated even when it develops many years after a traumatic event. The treatment depends on the severity of symptoms and how soon they occur after the traumatic event. The hon. Lady reports that survivors of the tragedy remain concerned that mental health support for children who have suffered trauma has not changed much since 1972. I too would be very concerned if that was the case, but I must respectfully disagree with that assessment.

If a child has witnessed or experienced a traumatic event, it is quite natural for them to be stressed, upset or frightened. That should not usually last beyond four weeks, but if it does, it may indicate post-traumatic stress disorder and it is then important to seek help via their GP. There are now some really effective treatments, including cognitive behavioural therapy, for children and young people who are experiencing the effects of trauma.

To respond to the hon. Lady’s specific question, NHS England and NHS Improvement have issued guidance on responding to the needs of people affected by incidents and emergencies, which stresses that plans for incidents and emergencies must provide psychosocial and mental health care for people affected, since early intervention for people at risk of developing mental health problems may reduce their severity and chronicity and, ultimately, related costs.

In general, psychological support can be accessed four to six weeks after the event for those who are exhibiting signs of needing professional help, as per NICE guidelines. Those who require urgent support may be referred to services sooner than that, and it is important to ensure that messaging about support services is appropriate. Not all people need psychological support, and many recover over the course of time without specific interventions, but it is still important that such people continue to look after their health and wellbeing after a traumatic incident. That includes getting enough rest, eating well, returning to their routine and staying connected with others.

I just want to ask about the support that is available via NHS England and ensuring that it is available, as the Minister says, within a four to six week period. Can she assure me that that is actually happening? Is there any evidence base to ensure that children who experience trauma or post-traumatic stress disorder are getting that support in a timely fashion?

Yes, and of course we always try to ensure that, as the targets we put in are worked throughout the system, those targets are met. That is why we measure those things. Maybe it would be helpful to the hon. Lady if I gave some recent examples. In the wake of the Manchester Arena terrorist attack, which sadly affected many children and young people, the Greater Manchester Resilience Hub was set up to provide a central point for mental health advice for those directly affected, including children and emergency responders. The hub worked with other agencies to develop packages of care.

In response to the tragic fire at Grenfell Tower, more than £10 million has been spent on treating the mental health of those affected. In the year after the fire, 2,674 adults and 463 children were screened for symptoms of post-traumatic stress disorder, and the St Charles Centre for Health and Wellbeing was opened up so that those affected could be treated in dedicated therapy suites. I hope the hon. Lady will recognise that we have seen a dramatic change in both attitudes towards mental health since the days of the Battersea disaster, and the NHS services available to support people with their mental health.

I am very encouraged by what the Minister has just said. In my intervention on the hon. Member for Battersea (Marsha De Cordova) I suggested some contact with the authorities in Northern Ireland, which unfortunately have a long 30 years’ experience of trauma, especially among children. Has that happened?

I have not met my counterpart in Northern Ireland but, having heard the hon. Gentleman’s intervention, I sent a WhatsApp message to request that a meeting be set up, because it is probably long overdue. We can learn a lot from each other, and I am always keen to learn from anyone I can.

Over the past 50 years, we have seen the transformation of NHS mental health services for children and young people. From the passing of the Mental Health Act 1983 and the establishment of mental health trusts to more recent developments including the Time to Change campaign, which between 2007 and 2021 helped to improve the attitudes and behaviours of some 5.4 million people towards those living with mental health problems, these are all important steps along the way towards destigmatising mental health.

We are continuing to build up those services and the staff, as in some cases demand outstrips supply. As part of this work, we have all-age 24/7 urgent mental health helplines in all areas of England so that people experiencing a mental health crisis, or those worried about someone experiencing such a crisis, can speak to a trained professional. The helplines were established during the pandemic, so they are a relatively new addition to the landscape, but I am sure they are very welcome because many people have sought these services.

Our hard-working NHS community mental health services treated over 420,000 children and young people in 2020-21, an increase of around 95,000 on the previous year, so we can see there has been a massive increase in demand for these services, which is why we are working very hard to try to build up the mental health workforce.

Although none of us wishes to see a repeat of the events in Battersea Park and the many things that have happened since, not only in mental health but in safety, I assure hon. Members that the NHS will always be there to support the survivors of such tragedies. However, it is important that we never forget. I am therefore grateful to the hon. Member for Battersea for securing this debate and for making us all aware of something that happened. This issue is important to her constituents, and this debate will ensure that we all remember the tragedy and learn from the events of that day.

John Glen – 2021 Statement on the Bilateral Loan to Ireland