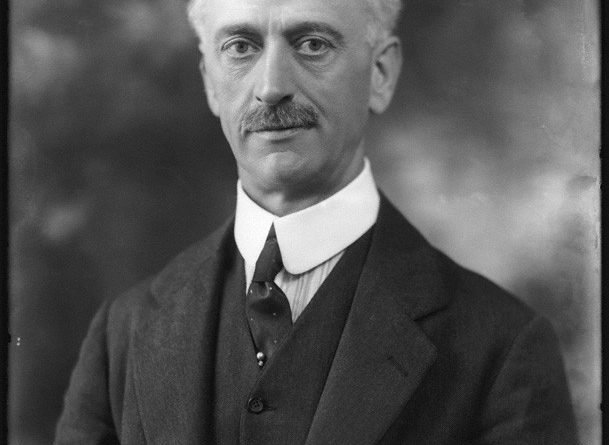 The speech made by George Lambert, the then National Liberal MP for South Molton, in the House of Commons on 9 March 1943.

Sir Gilbert Campion, it is a melancholy duty to fulfil the King’s command. Our late Speaker, who has crossed the bar, was a man devoted to public service, a great English gentleman and a friend of every Member of this House, and his memory will be cherished by us so long as memory lasts. But this House, the emblem of a free people, moves on. The old Chamber was destroyed, but in the shell alone the spirit survives, and the lamp of liberty burns brightly in British bosoms and never will be extinguished by German bombs. The House of Commons existed centuries before this turmoil, and it will exist after, irradiating, I hope, liberty through the civilised world. Lord Randolph Churchill once described this Assembly as “the guardian of our rights and the fortress of our liberties.” It was a fine phase; but hon. Members will know, with me, that Lord Randolph Churchill’s son has been known at times to coin phrases of arresting aptitude.

It is a great honour for any of us to belong to this House. I was elected a Member in 1891, Any man or woman, constitutionally elected, entering the portals of this Chamber, can rise, whether born in a castle or in a cottage, to the highest position in the land. Therefore we feel it to be one of our great duties to preserve the dignity and the continuity of this House. The House itself has had a great tribute paid to it by an American citizen, who secured 23,000,000 votes in a contest for the Presidency. He came here amidst German bombs and the thudding of guns, and found the House of Commons discussing the freedom of the Press—a splendid tribute to our democratic institutions. But the dignity of our procedure must rest largely with Mr. Speaker. We do not need a cold-blooded logician, but we do require a man with human sympathies, a man whose eyesight may be at times a little dim and whose hearing may at other times be a little dull, but who will exercise a wise patience, scrupulous impartiality, tolerance with inflexible strength, and showing respect for minorities.

I have the great honour of proposing, “That Colonel the Right Hon. Douglas Clifton Brown do take the Chair of this House as Speaker.”

I have sat under five Speakers—Speakers Peel, Gully, Lowther, Whitley and, lastly, the late lamented Speaker—and I have the utmost confidence in proposing my right hon. and gallant Friend. We have known him, we have tried him, and he has emerged from the crucible pure metal, finely tempered. It is the greatest honour that Members of the House of Commons can pay to one of their number, and I am sure that every Member of this House will be quite convinced that the right hon. and gallant Gentleman is eminently well-fitted to follow in the footsteps of his great predecessors.

May I conclude with these words? On 4th August, 1914, Mr. Speaker Lowther presided over the House of Commons. He saw the sword of war drawn from the scabbard. It was an awesome moment, but relieved by a happy suggestion of Will Crooks, that dear soul, who asked us to sing, “God Save the King.” We joined in, possibly not tunefully, but with all our hearts. Then, through the various vicissitudes of that war, Mr. Speaker Lowther came to nth November, 1918. By a happy inspiration the then Prime Minister, now Father of the House, moved that we should all adjourn to St. Margaret’s Church, Westminster, there to return thanks for victory. Mr. Speaker FitzRoy saw the gathering war clouds in early September, 1939. He saw Britain battered and the good old ship Britannia escaping shipwreck by a shuddering margin. He was not destined to see the end, but there did appear over the hills a bright gleam heralding the dawn of victory. His mantle will descend upon the new Speaker, and may I express the ardent hope glowing in the hearts of millions of our countrymen that the present Prime Minister—and I hope he will soon be back among us again—will be able to move, under the new Speaker, that we again adjourn to St. Margaret’s, and there return humble but, reverent thanks for that Divine Providence has crowned our cause with victory. I have to move, “That Colonel the Right Hon. Douglas Clifton Brown do take the Chair of this House as Speaker,” and this is a compliment from the whole House, without any pressure from anyone outside.