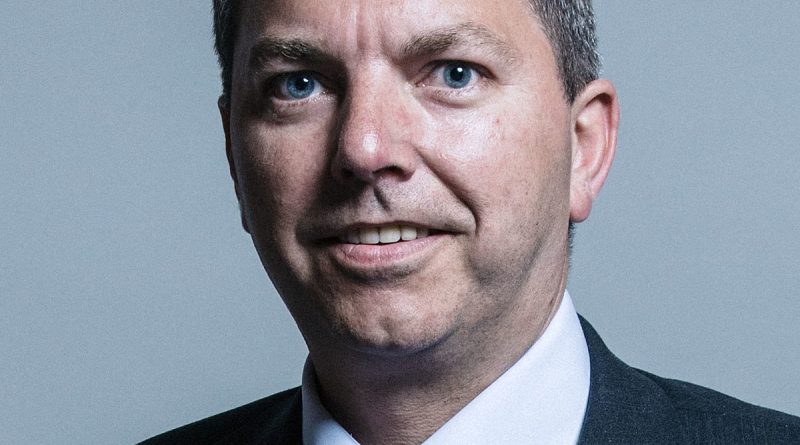 Below is the text of the speech made by Gareth Johnson, the Conservative MP for Dartford, in the House of Commons on 16 June 2020.

We all want to do the right thing for struggling families, but we all also want to ensure that there is fairness for the taxpayer, so it is important that the right approach is adopted.

This Government have been financially very generous throughout this outbreak. We have seen the multibillion-pound furloughing scheme, which has saved the livelihoods of millions of people in this country. Assistance has been given for the self-employed, and extra money has been invested in the NHS to help cope with the battle against covid-19. Of course, free school meals have been provided throughout his time in schools, or where schools are not open in the form of vouchers. In addition, they have been provided to children over the Easter and Whitsun periods, and will now cover the summer.​

Nobody can claim that this Government have not put their hand in their pocket during the outbreak to help the British people. However, it has not stopped there. Universal credit and working tax credits have seen uplifts to the tune of £6.5 billion, and 2 million food packages have been provided. The list of assistance that has been given is extremely lengthy, yet, of course, it is not our money. It is taxpayers’ money—money that will have to be paid back not just by this generation of workers, but by their children and quite possibly their grandchildren as well.

I absolutely take the hon. Member’s point, but surely it is a question of priorities. Does he not agree that the taxpayer would much rather that £120 million-odd was given to feed hungry children than, say, to a Brexit festival?

I am quite astonished that Brexit has managed to be shoehorned into this debate; I am quite happy to talk about Brexit and the opportunities it gives us. I do think that what has happened and what the taxpayer wants is fairness. It wants fairness: yes, it does not want children starving, but it also recognises the fact that there are huge burdens now on our economy and that that money needs to be paid back. We should not get ourselves into the situation of trying to pretend that the state can provide everything in every situation. That is simply not affordable.

Assistance for families to provide food for their children through the summer is very important. Where parents are out of work and in need of help, it is right that the Government provide assistance. Nobody has ever disputed that. Our plans were originally to provide support through local authorities, but now a summer food fund will ensure that children will not go without food provision over the summer, and they were never going to.

This Government have spent money to an unprecedented level, and that money has been targeted at those most affected by this outbreak. The furloughing scheme alone will cost up to £100 billion, and the scheme will still be operating during the school summer holidays and well into the autumn. If anybody doubts this Government’s commitment to free school meals, I can point out that many Conservative Members, including the Secretary of State—unfortunately, he has just popped out—were the ones that supported four to seven-year-olds getting free school meals for the first time, which did not happen in 13 years of a Labour Government.

I will not give way now.

We believe in assisting families hit hard by the virus not just over the summer, but throughout the entirety of this outbreak. Assistance has been given for children to stay well nourished, and various schemes have and will be implemented. These schemes will provide for children, and ensure that a safety net exists.

Most importantly of all, we have financially been there for people during this outbreak. This Government have not shirked responsibility when it came to giving people in work a helping hand and assisting those who are not in work. This is all going to have to be paid back at some stage, and it is going to hurt, but it is right that we step up to our responsibilities during this dreadful time.​