Below is the text of the speech made by Elizabeth Truss, the Education Minister, at Bloomberg in London on 16th May 2014.

Thank you, it’s a pleasure to be here.

It’s hard to avoid technology news: we’re all quite used to headlines about Amazon delivery by drones, or driverless cars and more.

But I recently found something that was news to me. We’ve had 2D printing for years. Then we got 3D printing – printing everything from guns to body parts.

At first I thought this meant time travel. Or perhaps printing in a parallel universe. Or maybe it just meant making props for Doctor Who.

Not quite: it means 3D-printed parts that can assemble themselves.

Technology is evolving faster and faster – and every sector in every economy is being transformed.

And in turn, that’s changing the importance of education.

Forty years ago, you could maybe have argued our economy was essentially static.

Most people expected a single career – and even employer – for most of their working lives. You might move around, and move up: but for many, the shape of their lives was influenced by your background, your local industries, your local economy.

Now, with technology, and globalisation, the jobs market is much more fluid, and much more dynamic.

We’re collaborating and competing not just within our own borders – but across the world – and not just with other people – but with ever-more powerful computers and machines.

And that means the link between educational success and economic success has never been stronger.

Because if we’re a highly educated society – we can take advantage of these big, sweeping trends.

That means that now there’s no longer any fixed limit on the number of high-end jobs that can be created and located in Britain.

Now, the freedom and fluidity of technology means anyone with the right skills can go on to create products and services that people want.

Now, there’s no reason for all our children to go on and live and earn well.

Our future growth starts in the classroom.

And in particular, it starts with maths.

One of the effects of new technology is that maths skills are more and more important – in every sector.

Maths has the highest earnings premium – up to 10% at A level – evidence of the huge demand – and employers consistently say they need skilled, maths-savvy staff.

That’s why we recently launched the Your Life campaign.

This is a group of innovators in technology, engineering, finance and numerous other fields.

They’ve joined together to campaign for more young people to take up maths and science subjects.

They want to see a 50% increase in the numbers of students taking physics and maths A level within 3 years.

They treat young people as masters of their own destiny. It targets students as decision-makers about their own career.

It is unashamedly aspirational: telling them the earnings potential and career success that maths can give.

And just as important, it doesn’t treat maths and science as subjects only necessary to go into scientific careers.

It pitches them as essential for success in any number of walks of life – because of that changing economy.

And we’ve got a fantastic board to prove it.

Like Edwina Dunn, who pioneered Tesco’s Clubcard. Sarah Wood, who runs a viral marketing agency. Eben Upton, who invented Raspberry Pi, a new type of computer, and jets between Sheffield and Silicon Valley.

Or engineers like Roma Agrawal, who helped build the Shard. Or the 17-year-old Nick D’Aloisio, who sold an app to Yahoo! – who unfortunately couldn’t attend the launch because he was, in fact, sitting his A levels.

That shows the range of industries where maths matters.

And that breadth is equalled in the organisations supporting the campaign.

From Airbus to Facebook, L’Oreal to Lloyds, it’s an impressive list of household names from every sector.

And some of the companies are supporting new maths and physics chairs, too.

These are postgraduate specialists in maths and physics, hired to inject their enthusiasm and subject expertise into schools – to raise standards and get children excited about maths and physics.

The new chairs will provide masterclasses, online lesson demonstrations. They will help link the classroom to business and universities and complement other great programmes like stimulating physics and maths hubs.

Recruitment is already underway, and the first chairs will be in classrooms from this autumn. In due course we want to see hundreds recruited. And we’re looking for more businesses to come and support them.

The whole campaign is proof of the variety of employers desperately seeking better maths and science: and the range of people we need to work together, if we’re to see a massive change in attitudes to maths and science.

It’s a sign that in today’s economy, and for tomorrow’s growth – maths is absolutely essential.

If we get it right, the opportunity is huge.

And the next time the BIS summit comes around, who knows what technologies will have been invented.

Maybe we’ll all arrive in driverless cars, sit down with screens implanted on our contact lenses, hear talks from holograms – who knows?

But if we want our children to be involved in that future – to lead it, to create and thrive and invent – then we need education. And that starts with better maths.

Victoria Prentis – 2021 Comments on Norway and UK Agreement on Fisheries

Winston Churchill – 1940 Fight them on the Beaches Speech 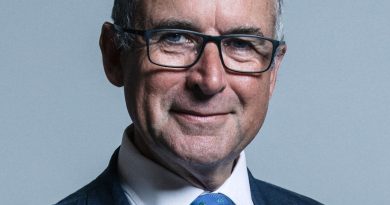