The comments made by Ed Miliband, the Shadow Business Secretary, on 8 December 2020.

It’s crushing news the Grenadier car will now be built in France rather than Bridgend, especially following the closure of Ford’s plant leading to scores of highly-skilled jobs lost.

Boris Johnson’s dithering, delay, and failure to deliver appears to have led to the loss of two major employers in the area – and it’s devastating that communities in Wales will pay the price of his incompetence.

It’s also a big betrayal of the promises made by the Conservatives during the election to deliver jobs and investment in Bridgend. 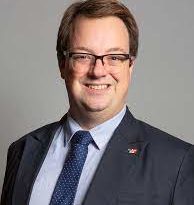