Below is the text of the speech made by Ed Miliband, the Leader of the Opposition, in Southampton on 4th April 2012.

It’s great to be here in Southampton.

Seeing the port here reminds me of my Dad’s service in the Royal Navy.

He used to talk to me about what that service was like.

About how welcoming people were to him, a refugee, who had arrived in Britain barely three years earlier.

He talked above all about the camaraderie, the sense of solidarity.

Think about that word: solidarity.

It sounds old fashioned but I think it speaks to our time.

To what people are yearning for.

Not ‘us versus them.’

But a sense that we must all look out for each other.

But they want a sense that there is a national purpose.

With shared sacrifice and reward.

I think it was this spirit the Government was getting at when they took office saying we are all in it together.

I think they were onto something.

But while their words were good, they have failed in deed.

Two weeks on from the Budget, that is its lasting legacy.

That’s not we’re all in it together.

You can’t pick a fight over petrol and provoke panic at the pumps.

That’s not we’re all in it together.

But the challenge is this: what would Britain really look like if we were all in it together?

And can we rise to the challenge?

I believe we can.

Today I want to give some examples, on jobs, living standards and crime, key issues for so many people.

Of the Britain where we really are all in it together.

I had a recent experience of meeting a young woman who had been looking for work for more than a year.

This story stuck with me because she said she had sent off more than a 100 CVs without reply.

And she asked me why she was suffering and the bankers just a few miles down the road were still getting their bonuses.

Thousands of young people looking for work for more than a year, while bankers are getting millions in bonuses

It’s why we say tax the bankers bonuses and guarantee jobs for the young unemployed.

I think that’s what Britain would look like if we really were all in it together.

What about living standards?

On Monday I was in Salford and I met a woman who said she was close to despair.

She employed parents working sixteen hours a week who from tomorrow will lose over £3000 pounds in tax credits making them better off on benefits than in work.

Why? Because the Government is taking away working tax credits for everyone who worked less than twenty-four hours a week.

We say reverse the £1.6 billion pensions tax break that the government has given to those earning above £150,000 a year and use the money to reverse some of the cuts in tax credits.

I think that’s what Britain would look like if we really were all in it together.

And what about crime?

Travelling round the country in this local election campaign, I have met lots of people affected by crime.

When people scrawl graffiti on walls, commit acts of vandalism in our communities, cause nuisance to their neighbours, and the government seeks to weaken powers over anti-social behaviour, that’s not we’re all in it together.

I say keep the powers over anti-social behaviour in place but also nip the problem in the bud by making offenders make good on what they have done to victims after the first offence.

Clean up the graffiti, mend the things that were broken, apologise to the neighbours.

It’s about the obligations we owe to each other.

I think it’s what Britain would be like if we were all in it together.

There are many more examples of what Labour would do to show we are all in this together.

No executive should be able to award themselves a bonanza pay rise without an ordinary employee approving their salary.

Every person who made a contribution to their community would get extra points for housing.

And no company would be able to get a major government contract unless they offered apprenticeships to the next generation.

These are just some examples, downpayments on how the next Labour government can really make good on we’re all in it together.

And there will be a lot more in the months and years to come.

This Government can no longer say: “We are all in this together.”

But we will show what that phrase really means in these tough times with different choices, different priorities, different values.

The yearning that people expressed for a sense of national purpose, shared sacrifice and reward, is there just as my Dad talked about it.

In fact, it probably never went away.

But politics has not been equal to the people.

A government that really believed that we are all in this together would be very different.

It would be making different choices, based on different core beliefs.

It would be a government that understands the value of solidarity, of looking out for one another.

That’s the sort of country I want to live in.

It’s the sort of country the British people want to live in.

And it is at the heart of what Labour is campaigning for in these local elections. 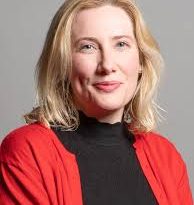