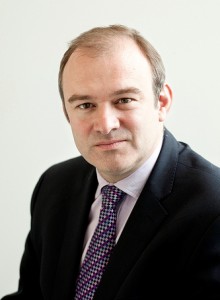 Below is the text of the speech made by Ed Davey, the then Secretary of State for Climate and Energy Change, in the House of Commons, London on 23 January 2012.

Ladies and Gentlemen, the Department of Energy and Climate Change which I represent tonight, is, of course, a relatively new Whitehall department.

But the role of Secretary of State on the energy side has long antecedents.

I could get used to that title….

‘A surfeit of riches’

On the 21st December 1965, the Minister for Power, the Rt Hon Frederick Lee, rose in the House to Commons, and announced that by 1967 it was estimated that fifty million cubic feet of gas would be delivered ashore every day from the North Sea.

Just months earlier, in the September that year, British Petroleum’s rig SEA GEM had made the first ever hydrocarbon discovery in the UK’s North Sea waters.

Having read the exchanges that followed in the House, I must admit to having some sympathy for the Minister of Power.

Because that was a good news story, but one MP rose to bemoan the discovery which he claimed would ‘naturally’ lead to pit closures in the coal industry.

And one Scottish MP came close to claiming the North Sea’s riches for Scotland alone.

Some things, it seems, never change.

In exasperation, the Minister of Power said retorted that he hoped the House was not afraid of a ‘surfeit of riches’.

“We are making” he said, “a most remarkable indigenous fuel available to the British people”.

And so it has proven.

With the discovery of oil as well as gas in the North Sea, over the last 45 years: 41 billion barrels of oil and gas have been produced; contributing around £300bn in production taxes to the Treasury; benefiting both Scotland and the whole of the United Kingdom; seeing a renaissance in Aberdeen; hundreds of thousands of jobs across the country; the UK’s largest industrial investor for many decades.

“A surfeit of riches” indeed and testament to the drive, determination, and in some cases, sheer bloody doggedness of those working to unlock the riches beneath the sea.

So I want to pay tribute to all those who came before us.

But today, I don’t really want to talk about the past.

I want to address the future and the realities we face.

The future of the further exploration of North Sea resources.

The reality of what that means for the industry, the country, and indeed the planet.

Let me set out a few as I see them.

Oil and gas will form an integral part of UK energy mix for decades to come.

Over 70% of the UK’s primary energy demand may still be filled by oil and gas into the 2040s.

With 20 billion barrels or more still to be drawn from the UK’s North Sea fields, having an indigenous source helps prevent over-reliance to imports from more volatile parts of the world.

So the UK Oil and Gas Industry is a vitally important strategic resource now and over the next half century at least – to help fulfil our energy needs – and as a contribution to the UK’s energy security.

North Sea oil and gas production is crucial to the economy of the whole of the United Kingdom.

We are not a petro-state and we cannot afford for our economy to become over-reliant on any one sector.

But the truth remains that the UK’s oil and gas resources are one of the country’s greatest assets.

The Offshore Oil and Gas Industry is the largest corporate tax payer to the exchequer paying around 20% of total corporate taxes.

Although the exact amount fluctuates, this typically represents around £8 billion a year.

And particularly during this tough time, the contribution of the North Sea industries to helping dig Britain out of fiscal difficulty is essential.

These two realities add up to one thing.

The Government must aim to maximise the economically viable recovery of resources from the North Sea – and where they exists on land too.

Because this will contribute to growth, jobs, the balance of payments, and to energy security.

So the Government has been acting:

Providing a regime that encourages investment and innovation;

And putting in place new allowances for shallow-water gas fields.

The level of investment in new oil and gas projects sanctioned in 2011 was over ten times the amount of 2009.

18 projects with a total value of around £13bn were approved.

In 2012, 29 projects approved with capital expenditure over £11 billion.

In 2013, we are already expecting around 28 new fields to get approval.

So this is really good news – good news that both the Government, and you, the industry can be proud of, and everybody who has been involved in that.

But there is another reality – reality number three:

The draft US National Climate Assessment released this month doesn’t mince its words:

“Sea level is rising, oceans are becoming more acidic, and glaciers and arctic sea ice are melting. These changes are part of the pattern of global climate change, which is primarily driven by human activity.”

As a planet we cannot go on using unabated fossil fuels at the rate we are now and keep climate change below 2°C.

An Earth which is hotter, more disaster-prone and more dangerous in the years to come means a more brutal environment for our citizens.

So this Government, like the last, is committed to reducing harmful greenhouse gas emissions.

And part of that drive means a major shift to low-carbon energy supply.

Exploiting every energy source and every technology available to do so.

From renewables, to nuclear, to carbon capture and storage.

So I hope we can work together, particularly on the latter.

The third reality, the reality of climate change, means that this Government will support a fiscal regime that encourages investment and innovation in Offshore Oil and Gas:

That ensures a fair return for shareholders and the tax-payer;

That contributes to energy security;

That will keep the turbine turning and the lights on.

But, that fiscal regime must be compatible with our long-term aims for diversifying our energy mix, reducing our emissions, and building a low-carbon future.

And that is what the Energy Bill is all about.

So there is are significant challenges ahead of us.

In terms of the industry itself, there is important work being done by the PILOT work groups, looking at everything from exploration to infrastructure to technology to workforce issues.

The industry is working collaboratively to tackle these issues and I pay tribute to that.

Extracting the natural resources of the North Sea must be seen as a collective endeavour.

So I have been very impressed in the way these working groups have been operating.

Work is also being done across Government to produce an Oil and Gas Industrial Strategy which will assess where we are now and determine what overarching work needs to be done to address the pressing issues that your industry faces.

This will allow us, together, to set out a plan for the future.

This work has to be a collaboration to be successful.

Collaboration between DECC, BIS, HMT and Industry and also through talks with all the regional and sectoral trade associations, as well as the Scottish Government.

So I would like to thank all those who have contributed to this report and Oil & Gas UK for their help in that process.

It will be consulted on over the next few months and will be finally published for everyone to see at the end of March.

But it should be a living document, not just an event.

It should be reviewed and refreshed regularly to reflect the extremely complex and changing landscape we are operating in.

So in conclusion ladies and gentlemen, with so many projects in the pipeline, the future of the UK’s Offshore Oil And Gas industry is a very bright one.

Oil and gas will be fundamental to our energy policy for decades to come.

The health of the industry is crucial; crucial to Britain’s power needs and economic needs.

And that is why we have created a positive investment environment and continue to nurture the environment to exploit the talents and expertise of the North Sea industries.

The Department I represent has been charged with these two crucial missions, powering the country and protecting the planet.

In the long-term, we will only succeed in achieving our mission, if we demonstrate the pioneering spirit of those who spudded the first wells in the North Sea.

The investors, the risk-takers, the innovators.

This has to be a joint endeavour.

Government and industry working together to exploit the resources the earth has to offer, powering the country, providing prosperity, while protecting the planet for future generations.

So in that spirit, I want to thank the All Party Parliamentary Group and Oil & Gas UK for all your hard work over the last year.

And I want to thank all of you in the Offshore Oil and Gas Industry for the invaluable contribution you make to British society, now and in the years to come. 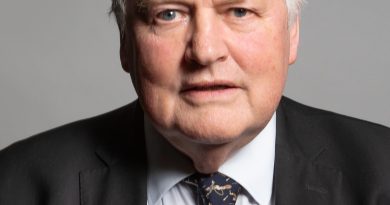