Below is the text of the speech made by Dominic Grieve, the Conservative MP for Beaconsfield, in the House of Commons on 12 June 2019.

I listened carefully to the hon. Member for Stoke-on-Trent Central (Gareth Snell), just as I listened to what my right hon. Friend the Secretary of State for Exiting the European Union said at the Dispatch Box, and to my hon. Friend the Member for Stone (Sir William Cash). Each of them has picked up an issue and said to the House, “What is proposed is unusual and rather unsatisfactory. Let’s leave it; the House can do something else later,” but anybody who pays any attention to the way our Standing Orders operate ought to realise that there is no other opportunity than this, if the House wishes to assert its collective authority and be guaranteed a say in the event of an incoming Prime Minister wishing to take us out of the EU on a no-deal Brexit. There might be a desire to support that, but my point is that we will have no say. On that point, I am afraid that the hon. Member for Stoke-on-Trent Central is absolutely, wholly mistaken.

My right hon. Friend the Secretary of State produced a series of obfuscatory facts that entirely glossed over the reality, which is that the Government can control the Order Paper between now and 31 October in a way that allows them to take us out of the EU with no deal, if an incoming Prime Minister—my right hon. Friend is in no position to speak for them—chooses to do that. That is the reality facing the House.

Throughout this whole unhappy business of Brexit, I have tried to ensure a process that avoids chaos. I say this to my hon. Friends on the Conservative Benches: if we get to a point where a Prime Minister is intent on taking us out of the EU with no deal, the only way of stopping that Prime Minister will be to bring down their Government. I have to say here and now that I will not hesitate to do that, if that is attempted, even if it ​means resigning the Whip and leaving the party. I will not allow this country to be taken out of the EU on a no-deal Brexit without the approval of this House, and without going back to the country and asking it if that is what it wants.

I desire the best for my party as a loyal member of it, and this is probably the last opportunity for a sensible way of influencing the outcome. Of course it is imperfect. The truth is that we need a hook on which to hang a Bill, so it was inevitable that the wording would be as it is today. There is no other way of doing this. It might be nicer if there were, but there is not. That, quite plainly, is the choice. I was elected Member of Parliament for Beaconsfield to represent my constituents’ interests. No deal is not in their interests, nor is there the smallest shred of evidence that there is a majority for that chaotic and appalling proposal, yet I have to face up to the fact that some people who wish to lead my party appear to believe that it is a viable option—indeed, appear to believe that they cannot become leader of the party if that is an option that they are not prepared to put forward. That is all part of a process, I am afraid, of further deceit, which is slowly swallowing up democracy in this country, and the reputation of this House.

I shall support the motion. I disagree on most things with the Leader of the Opposition, and I disagree fundamentally with every tenet of his philosophical outlook, but this is the only opportunity we have. I will not say to my children and grandchildren, “When it came to it, I just decided to give up.” I will not do that. 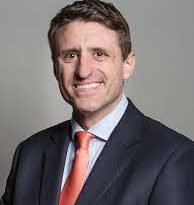