Below is the text of the speech made by the then Foreign Office Minister, Denis MacShane, on the subject of the European constitution. The speech was made in Strasbourg on 29th January 2003.

Mr President, it is a great honour to have been invited to take part in this debate in this Assembly, the oldest European Parliamentary Assembly.

I would like to thank the distinguished Rapporteur, Mr Pangalos for a stimulating and timely report on the Council of Europe’s contribution to an EU constitution. Timely, because the Future of Europe Convention which is looking at reform of the EU is in full swing. And while EU states are naturally preoccupied with the internal reforms which are vital to allow for an expanded EU, its appropriate to remind them that Europe extends far beyond the EU. Even a 25-member EU with 450 million citizens does not cover the whole continent. The 44-member Council of Europe, with an 800 million population, has a much better claim to do so.

Mr Pangalos’ excellent report puts forward a number of suggestions on the Council’s contribution to the EU constitution-making process. The report recommends incorporation of the EU’s Charter of Fundamental Rights into the constitutional treaty. We can see the argument that a Constitutional treaty should refer to the values we all share. But at the same time we are alive to serious legal and practical problems including the potential for confusion in the European legal space which could arise if the Charter were incorporated into the treaty structure in the form in which it was declared at Nice.

The Report suggests tackling this problem by the accession of the EU to the European Convention on Human Rights. This will create harmony between the two legal orders; it would also make the EU institutions directly accountable for violations, rather than through the member states. But the United Kingdom does have concerns about the impact accession may have both on EC/EU competence and regarding the position of the individual member states in relation to Protocols, reservations, and the ability to derogate. The Convention on the Future of Europe’s Charter Working Group Final Report acknowledges these concerns. But it is fair to point out that it offers no answers.

These are indeed important and difficult questions. The United Kingdom is playing a full part in the Future of Europe debate to work out how they are best answered.

How the EU frames its human rights is one of dozens of questions under discussion at the Future of Europe Convention. But the EU must not be so absorbed with its plans for internal reform that it neglects the impact the Convention outcome will have on the millions of Europeans who are not part of the EU. This is where the role of the Council of Europe is essential and must be protected from collateral damage as the future EU is being shaped. The European Court of Human Rights’ place in the European human rights architecture must not be undermined.

The debate on the Future of Europe, coupled with EU and NATO enlargement, is throwing a spotlight on the European human rights and security architecture. This is an ideal opportunity for the Council of Europe to assess its own role in the future of Europe. The Council could be well-placed, perhaps, to provide the framework for the privileged relationship between the EU and its neighbours mentioned in the draft EU constitution.

But the Council’s future is not simply defined by the EU. Seen from the United Kingdom perspective, the Council should continue to play a unifying role as the one, truly pan-European forum where EU and non-EU states engage on the human rights, political and social issues. The Council should continue to lead the way in setting and developing human rights standards. Its careful watch of how member states are living up to those standards, sometimes resented as intrusive, is essential for ensuring that all of its members, new and old, live up to their obligations and the values they espouse. The Council will continue to have a vital role as a common European forum.

Paul Scully – 2022 Statement on the Holocaust Memorial and Learning Centre 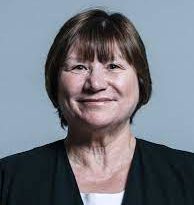