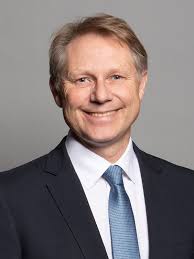 The speech made by David Morris, the Conservative MP for Morecambe and Lunesdale, in the House of Commons on 11 January 2021.

We have heard from most Members about the national benefits of leaving the EU and the prospects for global trade, and in the limited time I have I want to highlight the positive effects this deal will have on my constituency.

In trade and business, along with the majority of my constituents, we overwhelmingly embraced exiting the EU and the prospects of trading on different global terms. The new link road in my constituency from Heysham port to the M6 is the quickest route in the country from a major transport artery to a major port. Heysham port has had over £10 million in recent years for upgrades from Government and the private sector, gearing up for increased volumes of trade through Ireland and Northern Ireland. It is only a matter of time before Heysham port is awarded freeport status, which I and the Morecambe business improvement district, among many others, would like to see. Indeed, I am in discussions about making this application in the very near future.

Morecambe and the surrounding area have many international energy interests. After the referendum result had been declared I was given assurances by EDF that the vote to leave the EU would not affect jobs and investment; it was true to its word, and the Hydrogen to Heysham project, which along with EDF includes the European Institute for Energy Research and Lancaster University, has successfully demonstrated the technical feasibility of producing clean hydrogen by co-locating electrolysis facilities at our nuclear site in Lancashire. EDF Energy has confirmed that the project remains on its corporate agenda. EDF is now considering options for building on the learnings of the project to focus on low-carbon hydrogen applications and demonstrate them in the Morecambe bay area. This is clear proof that the EU ought to continue being a partner in the great successes of the energy and academic sectors in my constituency to ensure clean energy for the future.

The Eden Project is coming to Morecambe, paving the way for Morecambe to move forward to a new golden era of regeneration and prosperity. We welcome Eden North, and in particular the future prospects for our young people, who have recently formed North West Youth for Eden. Lancaster and Morecambe College has, under the leadership of Wes Johnson, reached an agreement to train future generations to work in Eden, a prestigious brand with sites across the world. Likewise, the vice-chancellor of Lancaster University, Dame Sue Black, is already championing the benefits of Eden Project North and partnering for the future prosperity of my district in the next generations.

On the space industry, the UK will remain a member of the European Space Agency and will continue to participate in the Copernicus project. This will enable intellectual property to be maximised by high-tech industries in my district. Along with other communication platforms, the UK is now a major stakeholder in OneWeb, the Earth-orbiting communication system.

Finally, I pay homage to the Prime Minister and the previous Prime Minister in getting us to this point. Leaving the EU has not been an easy job, but we will have many options in the future.

Theresa May – 2017 Statement at the G7 Summit in Sicily