The speech made by David Davis, the Conservative MP for Haltemprice and Howden, in the House of Commons on 13 July 2021.

I consider myself an economic Thatcherite, yet when I come to choose between money and lives, I always choose lives. This House should remember—this should be at the forefront of every Member’s mind today—that this is a vote where we are choosing whether or not to intervene to save lives. That is the key issue, not the monetary issue, which I will return to in a second.

The Government argue that this is a policy the United Kingdom cannot afford, but while we have heard about this being a small fraction of our borrowing, we should remember that it is an even smaller fraction of our spending. We spend, in a non-covid year, at least £800 billion; the £3.5 billion saving we are talking about is less than 0.5% of that. That is what the Treasury tells us is the critical, overwhelming measure that forces us to do something that has such dramatic consequences.

The Chancellor might say, as his press spokesman did in the course of last week, “Well, you find the money from somewhere else”—saying that to a past Public Accounts Committee Chairman is very dangerous for a Chancellor. We were in Chesham and Amersham a week or two ago, as my right hon. Friend the Member for Sutton Coldfield (Mr Mitchell) said, and Cheryl Gillan would have said to the Chancellor, “Well why don’t you just cancel HS2?” That is between £100 billion and £200 billion; it would pay for 25 to 50 years of this shortfall. It is really that simple.

My right hon. Friend is making an incredibly good point, but has he also noticed that, in the Chancellor’s outstanding policy on spending announced last November, the cut that he is referring to—this cut of 1% of the borrowing on covid last year—is the only cut that has been announced?

As my right hon. Friend the Member for Sutton Coldfield, the hon. Member for Rotherham (Sarah Champion) and the Leader of the Opposition have pointed out, the Government’s proposed double lock on returning to 0.7% is deceptive. It is designed to look reasonable. However, in fact, none of the people who have spoken so far has actually stated the full case. Although we say that the condition has been met only once since 1990, under a Conservative Government, and has never been met, really—well, it was once, just about—since the 0.7% policy was put in place, it has actually never been met since 1970, because the wording is not “a current budget surplus” but

All the current budget surpluses we have been talking about so far have been for one year—and frankly, the one under us in 2018 lasted about 10 nanoseconds; it was a very tiny surplus. In practice, we have not had a sustainable current surplus since the 1970s, so I am afraid that, under the actual wording in the statement, we are not looking at 0.7% for a very long time indeed. We heard the Leader of the Opposition say it would be years, possibly decades, possibly never, and I think he is right about that.

Even if the conditions were to be met, the proposal will do nothing to deal with the crises that are caused by the policy already, right now. The Government argue that the cuts are temporary, but death is never temporary—and this will cause deaths. 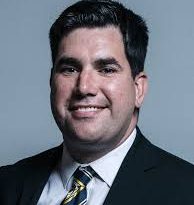