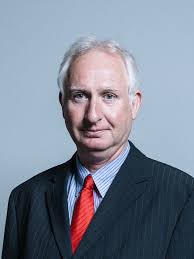 Below is the text of the speech made by Daniel Zeichner, the Labour MP for Cambridge, in the House of Commons on 16 June 2020.

For some, the free school meal voucher roll-out scheme has been nothing short of a disaster, and I know of 16 schools in my constituency that have reported problems with the system managed by the private company, Edenred. At a time when they had enough on their plate, head teachers were literally pulling their hair out. School after school told me that the system had crashed, with error messages appearing, some parents receiving vouchers but not others, and the impossibility of having a conversation with Edenred. At the height of the problems, staff at the North Cambridge academy were getting up at 6 o’clock in the morning to try to log on before the system was overwhelmed. At that point, they had been waiting two weeks for vouchers. If it takes the intervention of the local MP to make something happen, something has gone wrong.

To add insult to injury, the vouchers do not work in many city shops. My local food hub told me of the despair of a mum of four children from Chesterton. She put credit on her phone to receive the vouchers, then asked a friend to print them, as she does not have a printer at home. She then walked to her local shop with her children in tow, shopped, queued, and finally reached the checkout, only to be told that the national vouchers were not redeemable in the Co-op. She was inconsolable. All the food had to be put back; she had no way of paying for it. Think how that must feel.

Why not use non-Edenred schemes? After all, stores such as the Co-op have alternative food voucher schemes ready to go. Schools are nervous, especially after Government encouragement to use Edenred meant that schools dumped better functioning schemes for the Government’s preferred provider. There needs to be clarity about the financial support schools will receive if they choose not to use Edenred.

The Government need to stop penalising well-managed schools. Some do have cash in the bank and in their reserves, but it is for a purpose—investing in buildings and books and computers. The Government guidance that schools with a budget surplus in the current financial year cannot reclaim the cost of providing vouchers needs to be rethought.

Some will say that Cambridge is prosperous and, in many ways, it is, but even before the covid crisis, 1,741 children were already eligible for free school meals and that figure is going up. Since April, an additional 265 children have joined their ranks.

We are fortunate to have the Food Poverty Alliance in Cambridge, backed with funding from the Labour city council. Volunteers cook and deliver meals, including to 70 families, at the kitchens at Cambridge Regional College. They cooked 2,000 meals last week. While we are talking football, although Cambridge United has sadly been forced off the pitch, their “Here for U’s” scheme was enough to get me cheering again and I understand that their bread and butter pudding has been a particular hit.​

The Government’s U-turn is welcome, but until we get through this crisis, have a real living wage and job security, there will continue to be need. At one time, we had a Government who sought to Make Poverty History. Now we have a Government who all too often seem indifferent to growing hunger. At least they have been shamed into doing one thing right today.