Below is the text of the speech made by Clement Freud, the then Liberal MP for the Isle of Ely, in the House of Commons on 7 July 1978.

I am grateful to the hon. Member for Bexleyheath (Mr. Townsend) for allowing me a few minutes of his Adjournment debate. In his time as a soldier, the hon. Member has guarded Hess in Spandau prison. In my time at the end of the war, I was ​ war crimes liaison officer in Nuremberg and it was my duty—”privilege” is perhaps the wrong word—to meet him and other war criminals. I therefore came upon the scene at a rather earlier stage than did the hon. Member.

It should be remembered that what Hess did is totally irrelevant to this debate. There is no question but that he was a war criminal and that, as the Russians continue to maintain, he was a symbol of Nazi Germany. The Russians also say that he is a man who has never relented. I feel that a man of 84 probably has little else to do in life but not relent, especially in view of the treatment that he has had.

I welcome the Minister of State, Foreign Office, to this debate because in previous debates we have been faced with a Minister for the Army. It must be realised that our—when I say “our” I mean that I, too, am a member of the hon. Member’s campaign to free Rudolf Hess—complaint has been not so much with the Army as with the general attitude of Her Majesty’s Government. Although I welcome the Minister, I am sorry that other Ministers—such as the Secretaries of State for Industry and Trade and the Ministers with responsibility for the arts and for the Central Office of Information: all the Ministers who are responsible for the fact that the Russians get more from us than we get from them—are not here to listen to a debate which shows the displeasure of all caring people of Great Britain.

I am not concerned particularly about the numbers or the weaponry of those who are guarding Rudolf Hess. I am concerned about the simple obscenity of having anyone, armed or not, guarding a man of 84 who is about to die. That is the crux of this debate.

It is significant that his incarceration is having in the world today the opposite effect to that intended by the Russians. A man who is a criminal is being made a martyr. His books, which had no particular merit, are selling better than many books of enormous literary merit, simply because of the fascination and sympathy with this old man.

We have been told that unilateral action by us in the odd series of days on which we are responsible for guarding Spandau might incur the displeasure of ​ the Russians. Heaven knows, the Russians have incurred our displeasure often enough, and I say to the Minister that the time to be frightened of incurring displeasure should be over. I would dearly like us to see whether we cannot, with the consent of the two other humane nations which are part of this quadpartite agreement, work out a way—and to hell with the displeasure of the Russians—which will allow an old man to die in peace at home. 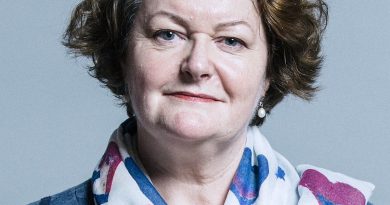