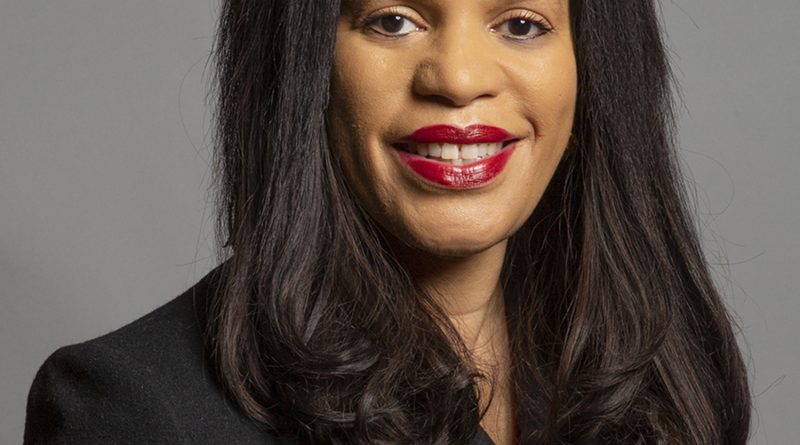 The speech made by Claudia Webbe, the Independent MP for Leicester East, in the House of Commons on 8 February 2022.

I rise this evening to discuss rail connectivity between the east and west midlands, specifically the connection between my city of Leicester and Nottingham and Coventry. Currently, the public transport links between Leicester and Coventry, in particular, are woefully inadequate. Leicester has a strong and proud railway history. For a century, roughly from the 1850s to the 1950s, Leicester had seven railway stations within its city boundary. Today there is just one—London Road. That is why I am making the case for real investment into new links for my city and constituents.

In response to my request, I am sure the Minister will talk about the integrated rail plan and the £96 billion investment into our railways. Of course, investment in public transport is welcome, especially during a climate emergency. Leicester did receive some support via plans to electrify the midland main line through Leicester, but more ambitious plans for unlocking capacity at the station were sadly overlooked.

It is also worth noting that the electrification would have already been completed by now if a Conservative Government had not cancelled it in 2017. All the mentions related to Leicester in the 162-page integrated rail plan document are simply a repeated formulation of the electrification policy. Crucially, the long-awaited and long-delayed integrated rail plan was silent on the Coventry-Leicester-Nottingham project, apart from an opaque mention of Coventry and of improving links in the midlands rail hub. I would be grateful if the Minister informed the House whether that mention was indeed a nod to this critical scheme. I and many Leicester residents would welcome some real clarity on that point this evening.

For the Minister’s ease, I will read the relevant sentence on page 16 of the Government’s integrated rail plan:

“By redeveloping the Midlands Rail Hub business case it focuses on improving links to Hereford, Worcester, Coventry and regional links to South Wales and Bristol.”

Does my hon. Friend share my frustration at the delays that we constantly get from this Government? It has been almost a year since Midlands Connect developed the strategic outline business case for these improvements, but we have still not had any funding decisions. Does she agree that it is now time for the Government to bring this important scheme to its next stage so that our constituents start to feel the benefits sooner rather than later?

I do indeed. My hon. Friend makes an excellent and important point.

Will we be able to access funding via the rail enhancements pipeline as a result of the opaque mention in the integrated rail plan? The view that we should is held not just by me, but by Conservative Members and by Andy Street, Mayor of the West Midlands, who is regularly lauded from the Government Dispatch Box, so I would be grateful if the Minister cleared up the issue of scope for us this evening. That would put a lot of minds in the region at rest.

My hon. Friend makes an excellent point about the need for fast connectivity. My constituents in Coventry North West need fast, frequent and reliable public transport in order to commute, stay connected and access vital services. It is therefore scandalous that railway journeys between Coventry and Leicester often take longer today than they did before the first world war. Does she agree that is further proof that investment in the vital east-west route is long overdue? If levelling up the west midlands is to be anything more than a slogan, the Government really need to get on with fulfilling their promises.

My hon. Friend makes an excellent point. Indeed, it is hard to think of two UK cities that are as close as Coventry and Leicester yet so atrociously connected by rail. It can take up to an hour to travel less than 25 miles, and passengers have to change trains halfway. It is simply not good enough.

No wonder 97% of trips on the route are made by road, compared with 30% of trips between Coventry and Birmingham, which enjoys a regular, fast and direct rail connection. Let me reiterate the point: only 3% of trips between two great midlands cities, Leicester and Coventry, are made by train. Surely, given all the Government’s words, pledges and legislation on carbon and climate change, this project is a no-brainer. It is good for the environment and it is good for passengers.

I believe that by reintroducing faster, direct connections, we can encourage more people to travel sustainably, strengthen working relationships and increase productivity. We must now move ahead to create detailed plans for delivery, but that is possible only with the support of the Government. I should therefore be grateful if the Minister could tell me whether the next business case, the outline business case, will be funded, even in part, by the Department. Can she, this evening, give me that assurance? Let me stress that the outline business case would cost about £1 million. That, in the realm of rail projects, is a modest amount with which to explore the possibility of this regionally critical project. May I press the Minister to comment on the funding, as a real priority, in her response?

Subject to funding, with costs likely to be in the region of £90 million to £100 million, the first direct trains could run as soon as 2025, bringing benefits of over £170 million to the local economy. About half that £170 million will consist of wider economic benefits, which means that nearly £80 million-worth of jobs, growth and trade will be created as businesses in Leicester trade with firms in Coventry and people move and spend in those two great places. The other half of the £170 million will cover journey time improvements as people can finally travel between our cities more quickly and easily. Fixing our links will therefore have a massive overall economic benefit.

The project also has widespread public support. When more than 3,000 people in and around Coventry, Leicester and Nottingham were polled recently, 87% supported these improvements. Journey times along the route will be cut significantly, with trips from Coventry to Leicester falling from 54 minutes to 38, while those from Coventry to Nottingham will come down to 70 minutes from 108. Loughborough and East Midlands Parkway will also have direct and more frequent links to Coventry.

To reach its target of becoming carbon neutral by 2050, the UK must reduce emissions by 100% compared with 1990 levels, but transport emissions have fallen by just 5% over the last 30 years. What is being proposed would significantly increase the number of inter-city journeys made by rail, which produce 80% less carbon than travelling by car. The scheme could also benefit the freight industry by allowing freight trains to run from the south of England to the east midlands, thus taking lorries off the roads, with the many environmental benefits that that brings.

For too long, there has been a missing link between the east and west midlands, and this is our opportunity to re-forge it. The Government talk a great deal about “levelling up”. If they are truly genuine about addressing regional inequality, they will embrace this plan, which is supported by local people, supported by local councils, supported by our local Mayors, and supported by politicians of all parties. These rail plans will further open up Leicester and its jobs, leisure opportunities and universities to communities across the east and west midlands. At present, the midlands’ east-west rail connections are substandard, holding us back from a more productive and sustainable future. Turning these plans into reality is an essential step in boosting prosperity and public transport use across our region. On behalf of my constituents and residents across the midlands, I urge the Minister to embrace this crucial project.