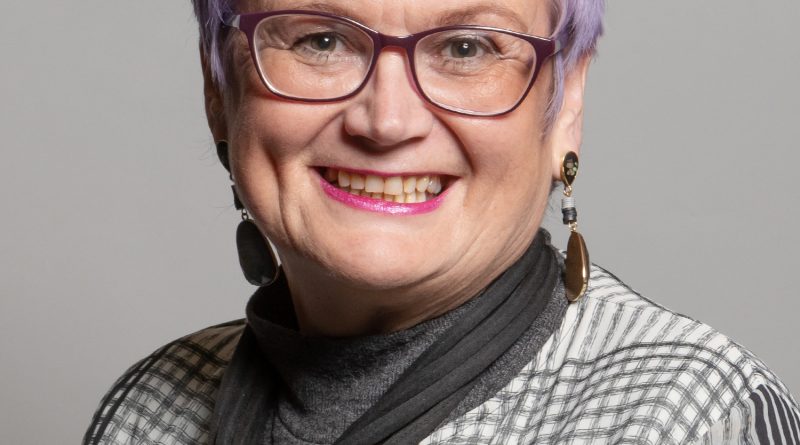 The speech made by Carolyn Harris, the Labour MP for Swansea East, in the House of Commons on 21 July 2022.

Diolch, Mr Deputy Speaker. May I join those who have already spoken in saying what an honour it is to participate in this Sir David Amess summer Adjournment debate? I liked David a lot. He was a gentleman who earned respect across the House and an MP whose support for his community was unwavering, and his integrity and principle are greatly missed in this place. Our paths crossed, as mine often does with Conservative Members, because I truly believe that success comes from working cross party.

Everything I have achieved in the past seven years has been through cross-party working, and I count many people on the Benches opposite as friends. I have no doubt that many of them are as disappointed as I am that long awaited and important legislation has been sidelined because of internal issues in the Conservative party. In their 2019 manifesto, the Conservatives committed to

“legislate to make the UK the safest place in the world to be online”.

Unfortunately, this week’s greatly anticipated White Paper on gambling did not transpire. The call for evidence on the gambling review closed 16 months ago and the publication of the White Paper has now been postponed four times, initially due to covid, then a change in Minister and now because of their internal party situation. There are now just two candidates remaining in the battle for the Conservative leadership, both of whom stood for Parliament on the 2019 Tory manifesto. It therefore seems reasonable to assume that they believed in the pledges that their party made and, along with their leader at the time, were committed to the urgent and long overdue need for gambling reform.

I have spoken many times about why this is so urgent; why we need online stake limits and affordability checks; why gambling advertising, particularly on premier league football shirts, needs to be curbed to protect children and those most vulnerable to harm; why we need a statutory levy to ensure that those in the industry who cause the most suffering make the biggest contributions towards research, education, and treatment; and why we need an independent ombudsman to guarantee that those who seek redress are supported in their cases against multi-million pound global organisations. I have lost count of the number of times that I have had to defend myself against those who say I am anti-gambling or a prohibitionist. That could not be further from the truth. I am not anti-gambling, but I am anti-harm, anti- exploitation and anti the vultures who prey on the most vulnerable and are responsible for untold heartache.

On menopause—my favourite subject—I welcomed most of the women’s health strategy announced this week. But it lacked proposals that would have been most welcome in connection with menopause care. I was pleased to welcome a commitment to improving the training for doctors of the future, but that is little consolation to women who are struggling now to get a diagnosis and medication. I am delighted that doctors of the future will be trained to identify the menopause, but we cannot wait another seven years—we desperately need an urgent pathway for women to get the proper treatment and resources that they need now.

I was also pleased to see the strategy officially set out plans for the single annual prescription prepayment charge, which came about as a result of my private Member’s Bill last year. Again, my delight is tinged with frustration that women are having to wait 18 months. England is the only part of the United Kingdom that charges women for hormone replacement therapy, and that needs to be remedied as a matter of urgency. There was no mention of a much-needed public awareness campaign to ensure that more women are alert to the symptoms and are given the confidence to seek the support they need, nor of a national formulary to end the postcode lottery not just in the availability of HRT, but also its quality. All women should have access to quality body-identical HRT. No woman should have an inferior product because of where she lives.

Finally, I come to my summer scheme to feed children. I want to put on record how pleased I am by the generosity of organisations in my constituency, such as Coastal Housing, Mecca Bingo, Hygrove Homes, Gowerton Golf Range and Admiral Insurance, and my gratitude to my team as we will spend the next six weeks making sandwiches, packing lunches and delivering them to children across my constituency who otherwise might not be fed during the summer holidays.