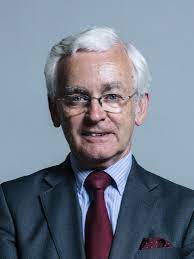 The speech made by Martin Vickers, the Conservative MP for Cleethorpes, in the House of Commons on 21 July 2022.

Thank you, Mr Deputy Speaker, for that extra minute. I add my words of tribute to Sir David Amess and his work in this House. This event is not the same without him. He is sadly missed.

I will not detain the House for too long—hopefully not for the full six minutes—but I have two particular issues relating to rail. The first is a constituency matter concerning the services provided by TransPennine Express. The most important service between Cleethorpes, Grimsby and the rest of the country is provided by what should be an hourly train between Cleethorpes and, until recently, Manchester Airport. The service to the airport was curtailed as a result of congestion in the Manchester area. The change is, to put it mildly, inconvenient for passengers and represents a loss of revenue for the rail company. I hope that it can be resolved in the fairly near future. As I said, the service should be hourly, but cancellations frequently stretch that to three or four hours. Staff at Grimsby Town station told me of one recent occasion of six hours without a train. That is quite simply not good enough.

I want to highlight this appalling set of circumstances. I frequently meet the TransPennine Express management, and I recognise the difficulties, but I was told in May that we would be almost back to normal from the start of the summer timetable in mid-May. Some months ago, an amended timetable was printed, which I was told would provide certainty; it has done the exact opposite. The situation is unsatisfactory, and I hope that the Department for Transport will side with the passengers on this one. I do recognise, as I said, that TransPennine Express has had difficulties, and it is doing its best to overcome them. My job is to speak up for my constituents, and they are getting an absolutely appalling service. If the only solution for DFT is to reconsider whether the franchise should be withdrawn, then that is the action that needs taking.

Hopefully, LNER is going to provide a direct service from next May between Cleethorpes and London, via Market Rasen in the constituency of my right hon. Friend the Member for Gainsborough (Sir Edward Leigh). That is in the draft timetable, but I know there have been difficulties at Market Rasen.

I am grateful to my hon. Friend, who is a notable champion, for giving way. This is a really difficult issue. We have been campaigning for years to get a direct service from Grimsby and Cleethorpes, through Market Rasen and Lincoln, and on to London. This is a population of a quarter of a million with no direct service. Unbelievably, LNER is now saying that it will provide the train, but it will not stop in my constituency. It is absurd. Apparently, the train is too long. I have been in many trains where an announcement says, “You have to go to the first four carriages because the platform is a bit short,” but for ridiculous health and safety reasons, LNER is threatening not to stop in my constituency. It is an outrage, and I hope the Minister is listening and will do something about it for once.

I thank my right hon. Friend for his intervention. He is absolutely right, but can I return to TransPennine Express and the appalling service that it is providing?

This is not just about passengers at the main stations, such as Cleethorpes, Grimsby and Scunthorpe, because little information is provided at intermediate stations such Habrough and Barnetby. Local taxi drivers tell me time and again that they receive calls from stranded passengers. Even at the major interchange in Doncaster, there are no TransPennine Express staff to direct people to taxis or buses, and there is a notable lack of information.

Moving on to another rail issue, the taxpayer contributes an enormous amount of money to support this country’s rail system, but—I know the Rail Minister, my hon. Friend the Member for Aldridge-Brownhills (Wendy Morton), shares this concern, because I have had numerous conversations with her about this—train companies are losing revenue because of the noticeable lack of ticket inspections. Up and down the country, there are many barriers at main railway stations such as King’s Cross, and they are frequently open, so people can wander in and out and get on trains without anybody checking their ticket.

I have frequently travelled from King’s Cross to Grimsby or Cleethorpes on two services—the London North Eastern Railway service to Doncaster and, hopefully, the TransPennine from Doncaster, although that is usually after two or three hours’ wait—and they are frequently not inspected. Last week, LNER did inspect my ticket, but the inspector did not clip it, scribble on it or anything. It was not inspected on the TransPennine service, so I could use it again this week and nobody would be the wiser. I am sure that Members from all parties could confirm that this happens. The point is that this is, to a great extent, a taxpayer-funded service and the companies are not doing all they can to ensure that they maximise their revenue.

I have one other complaint against the Government—of which I am a great supporter, of course. The Deputy Leader of the House will be well aware that an issue frequently raised at business questions is replies to Members’ letters. Two or three weeks ago, I received a letter from a Minister at the Department for Environment, Food and Rural Affairs that said, “Thank you for your letter of 6 August 2021.” I rather hope that the electronic signature on that letter was a sign that the Minister had never seen it, because I hope that if he or she had seen it they would have at least drawn my attention to that and apologised. The timeframe is not good enough, and it is not good enough that we receive letters with electronic signatures, because we have absolutely no idea whether the Minister has ever been made aware of the issue we have raised.

With that, Mr Deputy Speaker, I wish you and the Deputy Leader of the House a happy summer holiday.