Below is the text of the statement made by Caroline Nokes, the Minister for Immigration, in the House of Commons on 13 September 2018.

As part of the clearance of the Calais camp in October 2016, the Government transferred 769 unaccompanied children to the UK, all of whom claimed asylum in the UK. The Government acted decisively at this time to remove vulnerable children from a dangerous situation where they were at risk of violence and abuse. The unique situation in Calais and unprecedented action we took to safeguard children demonstrated the Government’s commitment to supporting the most vulnerable children affected by the migration crisis.

Of the 769 cases, 220 cases were transferred in accordance with section 67 Immigration Act 2016 (the Dubs amendment), and formed the first tranche of these cases. Some of these cases did not qualify for refugee or humanitarian protection under the existing rules; as such, in June 2018 we introduced a new form of leave (section 67 leave) for these cases.

It is our view that all those 549 transferred from Calais to the UK to reunite with family should be able to remain here with their family members. In keeping with our commitments to family unity, we do not consider that it would be in their best interests to separate children from their families, having received significant support from UK authorities to reunite and integrate.

It is our intention to introduce, by laying a new immigration rule, a new form of leave for any of these cases that have not already been considered refugees. This leave will only be available for those that were bought over as part of the Calais clearance exercise in October 2016, who were under the age of 18 at this time, and who had recognised family ties in the UK. Individuals who qualify for this leave will have the right to study, work, access public funds and healthcare, and can apply for settlement after 10 years. 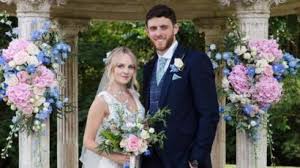