The answers given by Boris Johnson, the Prime Minister, at the Liaison Committee held in the House of Commons on 6 July 2022.

Dame Diana Johnson: Thank you. Good afternoon, Prime Minister. A few weeks ago, I met a group of Ukrainian MPs who had travelled to the UK via the Republic of Ireland. Like every other country, the Republic of Ireland, for Europe, doesn’t require a visa. They then travelled up through the common travel area. They didn’t have anything checked. They were raising with me whether it was a sensible decision to allow such a bureaucratic visa system for Ukrainians fleeing Ukraine—if it was a sensible use of resources. As we know, it has compromised the capacity of the Home Office. What do you say to that?

The Prime Minister: I hear you loud and clear, Diana. I think that the argument that has been put me is—well, two things. First of all, we have got to be careful that we are able to screen people properly and—

Dame Diana Johnson: Yes, but these people are coming up through the common travel area; there’s no screening.

The Prime Minister: I accept that, and I accept the limitations of screening, but on the other hand, you’ve got to look at what we have done so far: 135,000 visas have been issued, and I think that the record is getting better and better. The UK is hosting a lot of Ukrainians, and I think we should be very proud of that.

Q32 Dame Diana Johnson: Okay. Perhaps I will come on to the problems with the Home Office and, as I have just alluded to, the capacity issues of the Home Office when they designed a whole new visa system. Why is it that British people are waiting so long to get their passports when we all knew there was going to be a surge in passport applications after covid, with people wanting to travel, have family holidays, get married abroad, and all of those things? Why is it that we’ve ended up with people waiting so long and having to spend so much time and money to get a passport?

The Prime Minister: It is very frustrating, and I share everybody’s frustration. I think the answer is that the demand has been very big because people are very keen to go on holiday—

Q33 Dame Diana Johnson: But this isn’t rocket science; you knew this.

Q34 Dame Diana Johnson: But why are we having to do that? We knew this was happening.

The Prime Minister—and the numbers are starting to improve. I think, from memory, 91% get their passport within four to six weeks.

Q35 Dame Diana Johnson: Well, the standard that the Home Office is supposed to operate on is three weeks. It is now 10 weeks. When will it go back down to three weeks?

The Prime Minister: Well, I don’t know when it goes back down to three weeks, but I think that what I have in my head is that 91% get their passport within four to six weeks. I would urge everybody who is thinking of going away four to six weeks from now and hasn’t got a passport to get a passport.

Q36 Dame Diana Johnson: Okay, so the bread-and-butter issues just aren’t being looked at by the Home Office and dealt with in a very good way. Why is it that your Government now have a backlog of 89,000 asylum claims that they have not decided? Why has that happened?

The Prime Minister: Well, the UK has historically had very large numbers of asylum claims—

The Prime Minister—and I seem to remember that there were many, many thousands of asylum claims left un—

The Prime Minister—undecided when the last Labour Government left office.

Q37 Dame Diana Johnson: No, Prime Minister. The asylum claims in this country have remained fairly steady in the last few years, so your Home Office has built up a backlog of nearly 90,000 claims they’ve not decided. Can I just ask you, then, why is your Government so bad at actually sending back failed asylum seekers? In 2010, we sent back 10,663; last year, we sent back 806 failed asylum seekers. Why?

Q38 Dame Diana Johnson: That’s your answer? It is not to do with the fact that you have not been able to enter into agreements with other countries and you have not got a replacement for the Dublin agreement?

The Prime Minister: My—

The Prime Minister: If you look at what happened with the Dublin agreement, that broke down across the board. Returns agreements have been extremely hard to strike.

Q39 Dame Diana Johnson: Well, let’s put it this way. You said about 20 people came across in small boats across the channel last year—20—and there were 28,000 who came. On the civil service cuts that you talk about—the 20%, 30% or 40% cuts—will that help the Home Office get to grips with some of these problems, or will it make the situation worse?

The Prime Minister: I think that certainly what you need when you talk about the asylum seekers crossing the channel illegally and in very frail vessels—

Dame Diana Johnson: No, your cuts.

The Prime Minister: The way to fix that is not just by having more civil servants, but to have a proper deterrent for the people traffickers—

The Prime Minister—and to reduce the numbers of people who are being made to risk their lives. 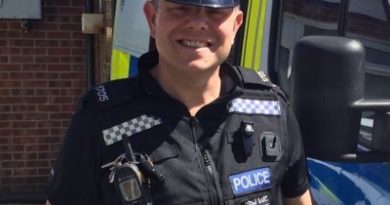