The answers given by Boris Johnson, the Prime Minister, at the Liaison Committee held in the House of Commons on 6 July 2022.

Tom Tugendhat: Prime Minister, good afternoon. The alliance that has been brought together to dissuade Russia from further actions, and indeed to push Russia out of Donetsk and Luhansk, has clearly got a window of opportunity before the winter starts to bite and the coalition starts to fracture as energy prices in Europe rise and homes across our country start to suffer. Are you able to concentrate on building that alliance at the moment?

The Prime Minister: Yes, and thanks, Tom. If you look at what the UK has done over the last couple of weeks, I think that the efforts of UK diplomacy, strategists, security and our armed forces have been very considerable. The G7 outcomes were at the upper end of expectations; NATO, again, probably exceeded expectations, both in the level of unity and in virtually every country around the table in NATO being determined to help President Zelensky in that window of opportunity you described.

Q2 Tom Tugendhat: And you are seeing, of course, food prices rise around the world as the ports of Odesa are closed and Mariupol and so on are occupied. What are you doing to make sure the food is getting out from the Black sea—that such wheat as is available is able to get out? How are you supporting the United Nations, and what are you doing to prepare those states, including in the middle east and, of course, Africa, that are facing enormous food poverty, with the possibility of migration and the pressures that that will cause?

The Prime Minister: First of all, on the grain that is being held hostage in Odesa, we are working with the UN Secretary-General, António Guterres, who is leading the negotiations. The Turks are clearly crucial: they hold the waters. What the UK is offering is both demining capabilities, including remote demining capabilities—which we are good at—and the insurance of the vessels that might be used to ferry the grain out through the Bosphorus.

We are looking at other routes in addition to convoys through the Bosphorus. We are also doing what we can to help smaller packets of grain go through land routes, or indeed up the River Danube and out that way, and we are spending some money on upgrading the railways to that end. We are starting to see some growing quantities of grain coming out, not via the Black sea but overland and on the rivers.

Q3 Tom Tugendhat: As you know, we are seeing enormous pressure on the weaponry that goes into Ukraine. We are seeing a lot of promises but, sadly, fewer deliveries than promised from many countries. What are you doing to increase production and co‑operation between armaments companies around Europe, and in the United States and Canada, to increase the supply?

The Prime Minister: The UK led the way in inaugurating the Ramstein conferences, which have brought countries together to supply weaponry to Ukraine, though the Americans and I are very much in the lead on that and are certainly providing the bulk of what is going in. We will be doing more in August at the Copenhagen conference, as I am sure you know—another military donor conference.

The supplies continue to go in. The Ukrainians are steadily getting the kind of kit that they need if they are going to expel the Russians from where they are, but it is also very important that they are trained to use the multiple launch rocket systems effectively, so that very expensive weaponry is put to good use.

Q4 Tom Tugendhat: Your Foreign Secretary has explained that victory in Ukraine means taking back every single square inch of Ukrainian soil, including Crimea. What is your view of victory?

The Prime Minister: We cannot be more Ukrainian than the Ukrainians. That is for them to decide. President Zelensky has set out his ambitions; it will ultimately be for him to decide what are the terms that he wants, but he has been very clear that he would like to return at least to the status quo ante 24 February.

Q5 Tom Tugendhat: What is your view of what victory for us should look like?

The Prime Minister: I think that victory for the Ukrainians would be a result that the Ukrainian people feel is the right one, and at the moment I think I am right in saying that 90% or more of Ukrainians believe passionately that there should be no deal that involves land for peace. They want the Russians expelled from every part of the territory that Putin has invaded.

Q6 Tom Tugendhat: Are you confident of holding the NATO agreement—or, rather, the European and American agreement—together in making sure that that coalition sustains the Ukrainians, even when the winter prices start to bite?

The Prime Minister: I think what was notable at Madrid was how anxieties about the friability of the coalition were proved to be unfounded. That is because the logic of the situation simply demands international unity. There is no other solution; there is no deal on offer. Even if the Ukrainians wanted to do a deal of land for peace, Putin isn’t offering any such deal. He remains utterly maximalist in his objectives. That is why we have to continue to support Zelensky in the way that we are. That’s accepted around the table.

Q7 Tom Tugendhat: Part of your commitment to sustaining Ukrainian operations, and indeed wider British military operations, was your increase to 2.5%. Given that the various international organisations, and indeed our own statistical agencies, do not foresee any growth in the UK economy in the coming years, who are you going to take the money off in order to increase the defence budget?

The Prime Minister: Well, I’m not certain I agree with your premise about the growth of the UK economy in the coming years. I am sure we will come to this in later sections, but both the IMF and the OECD see us going back to being at or near the top of the growth league.

Tom Tugendhat: It’s still a percentage, rather than an absolute.

The Prime Minister: Sure. The 2.5 is just a prediction. It is based on the—I think—reasonable assumption that we are going to have to continue with the investments we are making in the future combat aircraft system and the AUKUS agreements with the Australians and the Americans. Those are very big projects. They will be expensive, but they are the right things for the country.

Q8 Tom Tugendhat: The last question from me will be on Sweden and Finland. Clearly, their membership of NATO is an extremely important event—not just for them, but for all of us. What are the implications for the guarding of the High North and particularly the integrity of the United Kingdom and Scotland as part of that in the Alliance? What commitments is the UK willing to make to increase co-operation with Sweden and Finland—not just in military supplies, but in training?

Chair: As briefly as you can, please.

The Prime Minister: We already do a lot of co-operating with the joint expeditionary force—the JEF—as you know, which is up there in the High North. The addition of Finland and Sweden is a great moment for the Alliance. I think it will strengthen the Alliance. It tells you all you need to know about Putin and his aggression that countries as peaceable as Sweden and Finland have decided to join NATO.

Q9 Mr Ellwood: Prime Minister, it is good to see you again. We are establishing that the world is getting more dangerous; the next decade is going to be very bumpy indeed. I want to focus on UK defence capabilities. Despite the injection of £24 billion, the integrated review has seen a tilt towards cyber and space, which is welcome, but it has come at the expense of cuts to all three conventional services.

At your last appearance before the Committee, prior to the Russian invasion, you boldly stated that tanks are not the answer to the defence of Ukraine and that “the old concepts of…tank battles on the European landmass…are over”. Prime Minister, do you now recognise the value of tanks as part of our land warfare mix? Do plans to reduce our tank numbers now need to be reviewed?

The Prime Minister: Thank you very much, Tobias. It is certainly important for the UK to have tanks. However, what were even more valuable, for the Ukrainian purposes, were anti-tank weapons. If you look at what really changed the course of the first few weeks of the war, it was the Javelins and the NLAWs in particular that were used to destroy the tanks and make Russia’s tank warfare extremely difficult. You will have seen exactly what happened. 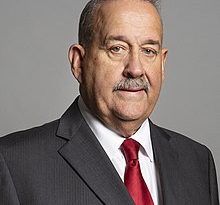