Below is the text of the statement made by Boris Johnson, the Foreign Secretary, in the House of Commons on 5 September 2017.

Mr Speaker, with your permission, I should like to make a statement about the situation on the Korean Peninsula.

At noon on Sunday, local time, North Korea tested the most powerful nuclear device ever detonated in the history of the regime’s quest for an illegal arsenal.

The underground explosion in a testing site only 60 miles from the Chinese border triggered an earthquake measuring up to 6.3 on the Richter scale – 10 times more powerful than the tremor created by the last detonation.

The regime claimed to have exploded a hydrogen bomb capable of being delivered on an intercontinental ballistic missile.

We should treat that claim with scepticism, but the House must be under no illusion that this latest test marks another perilous advance in North Korea’s nuclear ambitions.

In a country blighted by decades of communist economic failure – where, in the 1990s, hundreds of thousands of people died of starvation or were reduced to eating grass and leaves to survive – the regime has squandered its resources on building an illegal armoury of nuclear bombs.

The House will wish to join me in condemning a nuclear test that poses a grave threat to the security of every country in East Asia and the wider world.

Earlier today, the North Korean ambassador was summoned to the Foreign Office to receive a formal protest. Honourable Members will recall the steady drumbeat of provocative and dangerous actions by Kim Jong-un’s regime.

Last year North Korea tested two nuclear weapons and launched 24 missiles; so far this year, the regime has fired 18 missiles – including two of intercontinental range; indeed three tests have taken place since the House rose in July, and on Monday last week, a missile flew over Japan, causing sirens to sound on Hokkaido and forcing thousands of people to take cover.

The regime has threatened to launch more missiles towards the US Pacific territory of Guam, which is home to 180,000 people and two military bases.

I will commend the dignity and restraint shown by South Korea and Japan, the countries that find themselves in the firing line of Pyongyang’s reckless ambitions.

When the UN Security Council met in emergency session yesterday, every member – including China and Russia – denounced the latest nuclear test.

Britain has been at the heart of mobilising world opinion with the aim of achieving a diplomatic solution.

A few hours after the nuclear test on Sunday, I spoke to the South Korean foreign minister, Kang Kyung-wha, and I have of course been in regular contact with Secretary Tillerson of the United States.

During her highly successful visit to Tokyo last week, my Right Honourable Friend the Prime Minister made clear our solidarity with Japan as it faces this grave threat.

Just as North Korea has pursued nuclear weapons with single-minded determination, so the international community must show the same resolve in our pursuit of a diplomatic solution.

And we should not be diverted by arguments that equate the illegal and aggressive actions of Pyongyang with the legitimate and defensive military exercises of South Korea and the United States.

North Korea has caused this crisis and the onus rests squarely on Kim Jong-un’s regime to obey international law and meet their obligations to disarm.

All hopes for progress rest on international co-operation – and there are some encouraging signs.

On 5 August, the Security Council unanimously adopted Resolution 2371, including the toughest sanctions ever imposed on North Korea, banning exports of coal, seafood, iron ore and lead.

If fully enforced, these new measures will cost Pyongyang about $1 billion – one third of the country’s total export earnings – reducing the resources available for nuclear weapons.

We are now pressing the Security Council to pass a new Resolution as swiftly as possible, imposing further sanctions and showing the unity and determination of the international community.

China, which accounts for 90% of North Korea’s overseas trade, has a unique ability to influence the regime – and the House can take heart from the fact that Beijing voted in favour of the latest sanctions resolution and condemned Pyongyang’s actions in the most unsparing terms.

North Korea’s nuclear device was not only tested near China’s border, it was also detonated on the day that President Xi Jinping opened a summit in Xiamen with the leaders of Russia, India, Brazil and South Africa.

I call on China to use all of its leverage to ensure a peaceful settlement of this grave crisis.

The only way to achieve this goal would be for North Korea to obey the UN and halt its nuclear weapons and ballistic missile programmes, disarming in a complete and verifiable manner.

Britain stands alongside our allies in striving to achieve this goal. I commend this statement to the House. 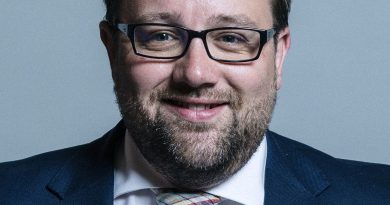