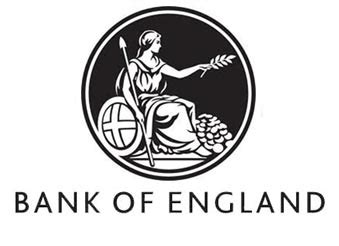 Global inflationary pressures have intensified sharply following Russia’s invasion of Ukraine. This has led to a material deterioration in the outlook for world and UK growth. These developments have exacerbated greatly the combination of adverse supply shocks that the United Kingdom and other countries continue to face. Concerns about further supply chain disruption have also risen, both due to Russia’s invasion of Ukraine and to Covid-19 developments in China.

UK GDP is estimated to have risen by 0.9% in 2022 Q1, stronger than expected in the February Monetary Policy Report. The unemployment rate fell to 3.8% in the three months to February, and is likely to fall slightly further in coming months, consistent with a continuing tightening in the labour market and with a margin of excess demand at present. Surveys of business activity have generally remained strong. There have, however, been signs from indicators of retail spending and consumer confidence that the squeeze on real disposable incomes is starting to weigh on the household sector. The level of GDP is expected to be broadly unchanged in Q2.

Twelve-month CPI inflation rose to 7.0% in March, around 1 percentage point higher than expected in the February Report. The strength of inflation relative to the 2% target mainly reflects previous large increases in global energy and tradable goods prices, the latter of which is due to the shift in global demand towards durable goods and to supply chain disruptions.

The Committee’s updated central projections for activity and inflation are set out in the accompanying May Monetary Policy Report. The projections are conditioned on a market-implied path for Bank Rate that rises to around 2½% by mid-2023, before falling to 2% at the end of the forecast period. Fiscal policy is assumed to evolve in line with announced Government policies. Wholesale energy prices are assumed to follow their respective futures curves for the first six months of the projections and remain constant beyond that, in contrast to futures curves, which are downward sloping over coming years. There are material risks around this assumption.

In the May Report central projection, CPI inflation is expected to rise further over the remainder of the year, to just over 9% in 2022 Q2 and averaging slightly over 10% at its peak in 2022 Q4. The majority of that further increase reflects higher household energy prices following the large rise in the Ofgem price cap in April and projected additional large increase in October. The price cap mechanism means that it takes some time for increases in wholesale gas and electricity prices, and their respective futures curves, to be reflected in retail energy prices. Given the operation of the price cap, consumer price inflation is likely to peak later in the United Kingdom than in many other economies, and may therefore fall back later. The expected rise in CPI inflation also reflects higher food, core goods and services prices.

Underlying nominal earnings growth has risen by more than projected in the February Report and is expected to strengthen in coming months, given the further tightening of the labour market and some upward pressure from higher price inflation. Companies generally expect to increase their selling prices strongly in the near term, following the sharp rises in their costs, with many reporting confidence that they will be able to rebuild at least some of their margins.

Nonetheless, in the May Report central projection, UK GDP growth is expected to slow sharply over the first half of the forecast period. That predominantly reflects the significant adverse impact of the sharp rises in global energy and tradable goods prices on most UK households’ real incomes and many UK companies’ profit margins. Although the unemployment rate is likely to fall slightly further in the near term, it is expected to rise to 5½% in three years’ time given the sharp slowdown in demand growth. Excess supply builds to 2¼% by the end of the forecast period.

With monetary policy acting to ensure that longer-term inflation expectations are anchored at the 2% target, upward pressure on CPI inflation is expected to dissipate over time. Global commodity prices are assumed to rise no further in the central projection, global bottlenecks ease over time, and the weakening in demand growth and building excess supply lead domestic inflationary pressures to subside.

Conditioned on the rising market-implied path for Bank Rate and the MPC’s current forecasting convention for future energy prices, CPI inflation is projected to fall to a little above the 2% target in two years’ time, largely reflecting the waning influence of external factors, and to 1.3% in three years, well below the target and mainly reflecting weaker domestic pressures. The risks to the inflation projection are judged to be skewed to the upside at these points, given the risks of more persistent strength in nominal wage growth and domestic price setting than assumed.

The MPC’s remit is clear that the inflation target applies at all times, reflecting the primacy of price stability in the UK monetary policy framework. The framework also recognises that there will be occasions when inflation will depart from the target as a result of shocks and disturbances. The economy has recently been subject to a succession of very large shocks. Russia’s invasion of Ukraine is another such shock. In particular, should recent movements prove persistent as the central projections assume, the very elevated levels of global energy and tradable goods prices, of which the United Kingdom is a net importer, will necessarily weigh further on most UK households’ real incomes and many UK companies’ profit margins. This is something monetary policy is unable to prevent. The role of monetary policy is to ensure that, as this real economic adjustment occurs, it does so in a manner consistent with achieving the 2% inflation target sustainably in the medium term, while minimising undesirable volatility in output.

Recent developments have exacerbated materially both the near-term peak in CPI inflation, and the prospective negative impact on activity and medium-term inflationary pressures. Nevertheless, given the current tightness of the labour market, continuing signs of robust domestic cost and price pressures, and the risk that those pressures will persist, the Committee voted to increase Bank Rate by 0.25 percentage points at this meeting.

Based on their updated assessment of the economic outlook, most members of the Committee judge that some degree of further tightening in monetary policy may still be appropriate in the coming months. There are risks on both sides of that judgement and a range of views among these members on the balance of risks. The MPC will continue to review developments in the light of incoming data and their implications for medium-term inflation.

The Committee reaffirms its preference in most circumstances to use Bank Rate as its active policy tool when adjusting the stance of monetary policy. As Bank Rate is now being increased to 1%, and consistent with the MPC’s previous guidance, the Committee will consider beginning the process of selling UK government bonds held in the Asset Purchase Facility. The Committee reaffirms that the decision to commence sales will depend on economic circumstances including market conditions at the time, and that sales would be expected to be conducted in a gradual and predictable manner so as not to disrupt the functioning of financial markets. The Committee recognises the benefits of providing market participants with clarity on the framework for any potential sales programme. The Committee has therefore asked Bank staff to work on a strategy for UK government bond sales, and will provide an update at its August meeting. This will allow the Committee to make a decision at a subsequent meeting on whether to commence sales.